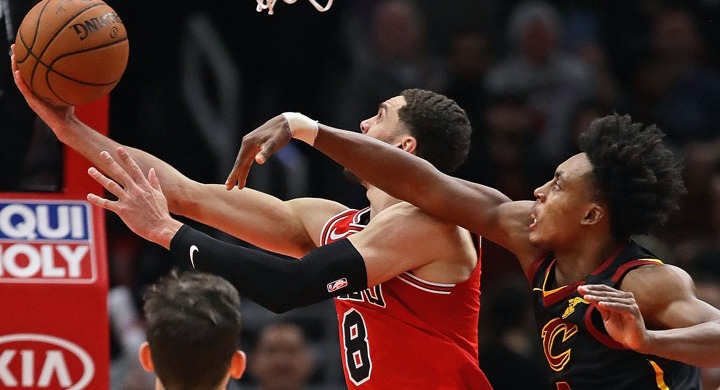 To anyone that came to say hello this weekend at Cubs Convention … thanks!

Focusing on the Cubs for a weekend was a nice change of pace – even though they’ve got their own problems – but it’s time to return my full attention to the Chicago Bulls. Lucky me.

Kris Dunn on Bulls' 4th-quarter defense: "We switched a little bit, changed it up on them. I love what the coaches did, gave them a different look."

Rewatching the 4th quarter of Bulls/Cavs. I think the switching really threw Cleveland. Also some of the same help principles they've worked on with blitzing helped them out. Hutch had two steals in the first few minutes pic.twitter.com/otPXA1Tewg

Have to give it to @denzelvalentine, despite being alienated by Jim & refused playing time even in garbage mins… you won’t find a player on the bench more excited for his teammates. Criminal the neglect he’s getting with this roster construction, but he’s being a pro about it.