The Right Way to Use Markkanen, Porter Jr. Sighting, Young Speaks, and Other Bulls Bullets Skip to content 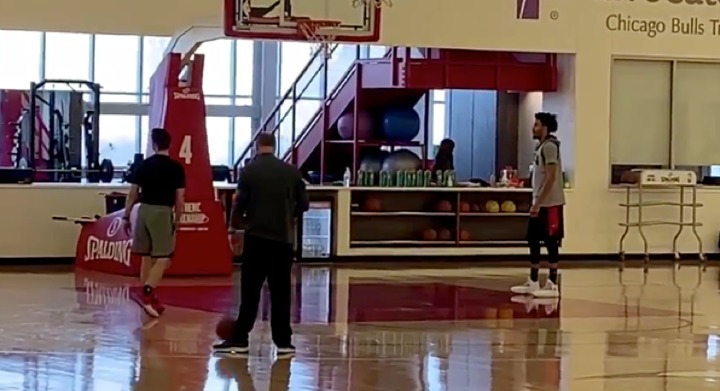 I’ll do anything to avoid an awkward confrontation.

This morning, in my naturally groggy state, I stopped by Dunkin. I asked the woman behind the counter for a medium black coffee and a donut. Simple order. As I’m inserting my credit card, I notice she is pouring two coffees. Then, I look down, and notice I’m being charged for two coffees. What do I do!?

I left with two coffees. I’ve drank one. Ugh.

Thaddeus Young was asked today what Lauri Markkanen can learn from Zach LaVine to get to an All-Star level? Here is Young's full answer on Markkanen, who has taken 53 percent of his shots this season from beyond the 3-point line, a career-high. pic.twitter.com/HX9kX0gcsA

Good luck tonight, @Zionwilliamson. Just know that there’s always a place for you in Chicago. pic.twitter.com/OgxgYbAPTn