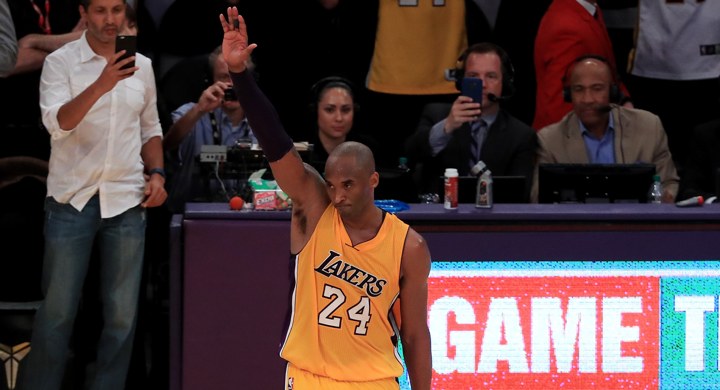 The terrible news was first reported by TMZ:

BREAKING: Kobe Bryant Has Died In A Helicopter Crash https://t.co/zmzFezbfal

Kobe Bryant is among those dead in a helicopter crash outside Los Angeles, a source confirms to ESPN.

Bryant was a five-time champion, an 18-times All-Star, a two-time finals MVP, a league MVP, and one of the all-time greats. He retired just four years ago, and is a lock to be inducted – now posthumously – into the Hall of Fame this year.

Bryant and his wife, Vanessa, have four daughters, the youngest of whom was born in June. I don’t really know what to say. I feel sick.

Sources: Kobe Bryant was on his way to a travel basketball game with his daughter Gianna when the helicopter crashed. Those aboard the helicopter also included another player and parent.