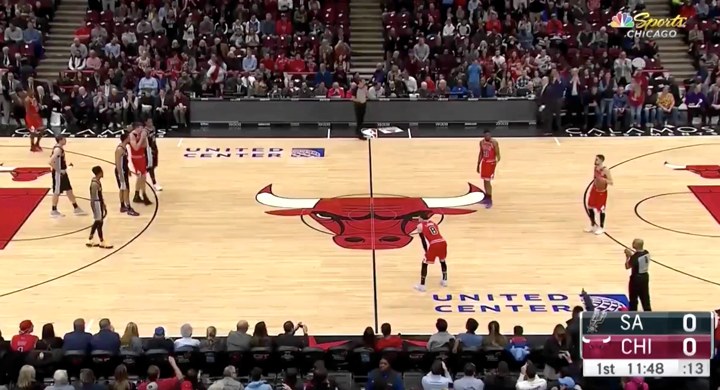 As expected, the Chicago Bulls paid tribute to the late NBA legend, Kobe Bryant, at the United Center tonight.

After the ball was tipped, the Bulls, like several teams around the league last night, drew an 8-second violation before the Spurs ran out the shot clock to also commemorate Bryant’s No. 24.

A special moment inside the arena, fans stood and applauded as it was happening, and eventually broke out into a “Kobe” chant. That’s a nice gesture for a tough time in the NBA.