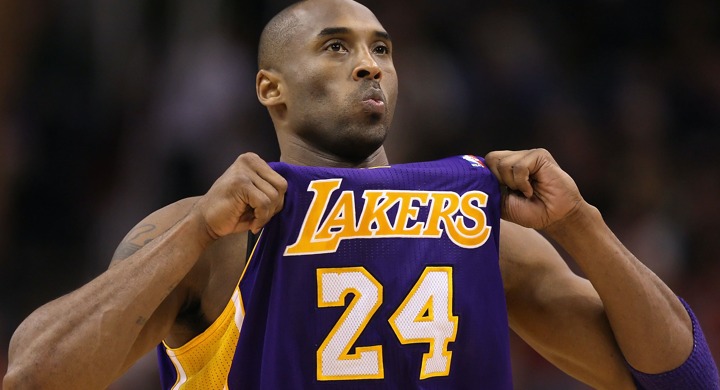 Standing in the driveway on a winter night, I’m sure we said his name at least a dozen times. Whether we were sinking shots on a crooked 8-foot rim in the backyard or watching our paper-ball embarrassingly doink off the side of the classroom trash can, Kobe was part of our vernacular.

In 1996, the NBA found an 18-year-old kid from Philadelphia to take the throne of His Airness, they just didn’t know it yet. And while no one can truly live up to Michael Jordan’s cultural impact/lore, Bryant sure did his best. The face of the Los Angeles Lakers soon became the face of the NBA. Five Championships and an 81-point game later, the league would never be the same.

In my life, I’ve found professional athletes to be the closest thing we have to superheroes. They may not wear a cape, but they can fly as high as Superman, battle as fiercely as Batman, play as many mind games as Dr. Strange, and even be as ferocious as the Hulk. They even wear emblems on their chest that represent something much bigger than themselves.

Bryant was a superhero – he was the Black Mamba – and superheroes are supposed to be invincible. Like Michael Jordan in his infamous Flu Game, when Bryant walked back onto the court with a torn Achilles, we saw an unbreakable soul.

Unfortunately, real life isn’t the comics. It’s sad. It’s more gruesome. It’s less fair. But that’s also what makes the impact of someone like Bryant that much more special. The feeling many NBA fans felt across the world on Sunday is what makes sports far bigger than just a game. Each person mourning his early departure from our lives didn’t know Bryant on a personal level, but for some reason, it feels like they did. We may not have ever known Bryant, but we do know basketball. And Kobe Bryant was basketball. That’s why this loss is so personal for so many.

So as long as the sport is still around, Bryant’s impact will remain. His 18-years in the NBA cemented himself as a true legend.