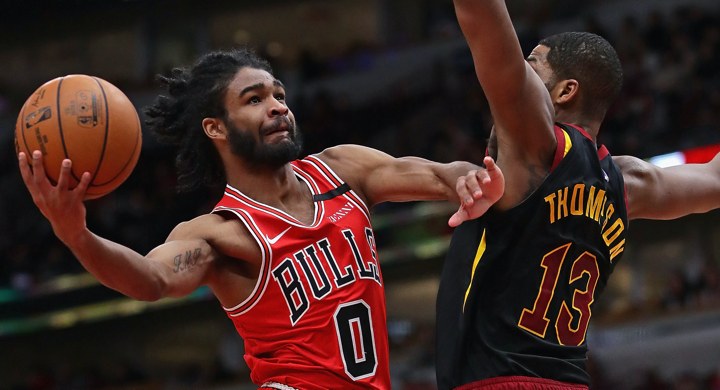 At the turn of the new year, Coby White admitted to hitting the “rookie wall.”

The confession came after a mid-December stretch in which he scored three or fewer points in five of six games. Inconsistency is nothing new for a 19-year-old NBA rookie, and a couple of off-nights isn’t anything to get concerned about.

After all, he’s had his fair share of great moments, like scoring the third-most points by a teenager in United Center history:

Most points by a teenager at the UC:

Any and all hope for White turning into a valuable Bulls starter is still on the table. But as the weeks continue to pass, the Bulls need to do right by their No. 7 draft pick. Now that’s not to say he needs to be a starter *right now.* In fact, I’ve advocated for White to stay in his current role off the bench all season long and I’m not yet ready to change that opinion. HOWEVA, I do think it’s time for the Bulls to use an even longer leash.

White started the season off as a microwave. The Bulls simply let him do what he does best, which is score the basketball. We watched the rookie chuck up 23 shots in a game against the Milwaukee Bucks, and drain seven 3-pointers in a wild fourth-quarter explosion against the Knicks. Later, White was asked to take on more of a true point guard role. His focus turned from scoring to facilitating, and while he had his moments, his nightly impact surely decreased.

Interestingly enough, this was around the same time he told reporters he hit that “rookie wall” we mentioned in the intro. I have little doubt White felt a bit tired after playing nearly a full season of NCAA basketball in less than half the time, but it’s hard to believe the coaching staff telling him to adjust his role didn’t play a part in his slump.

Recently, White has been stuck somewhere in between. One night, he’s looking to score the basketball with 17 shot attempts in 28 minutes. The next, he’s dishing out 4 assists and barely on the court for 20 minutes. We’ve seen quite a variance in his usage since the start of January, but it’s time for the coaching staff to let him go back to his bread and butter.

White’s best stretch of the season came in November when he scored 10+ points in nine of 10 games. He averaged 16.3 points and shot 40 percent from the field and downtown (he averaged 14.5 field goal attempts). Not only is White at his best when he’s scoring, but so is this Bulls team. White has taken double-digit shot attempts 28 times this season, and he’s scored 10 or more points in 22 of those games.

Also, I know there’ve been early-season concerns about his shooting percentage, but in those 28 games, White has shot an estimated 43.1 percent from the field. In fact, over the last 11 games where he’s taken double-digit shot attempts, White is shooting at roughly a 46 percent clip. Not bad, eh? The problem is 17 of those games came in the first 24 games of the season. Meaning since December 8th, White has taken 10+ shot attempts in a total of 11 games. Fewer shot attempts means less scoring, and less scoring means a less productive White.

I understand the value of wanting White to focus more on other areas of his game. I also understand that the Bulls may want White to know that he can’t just chuck up shots whenever he wants. But when a team is relying solely on Zach LaVine and has the 27th offensive-rating in the NBA, why not let lengthen White’s leash?

Whether he’s sinking every shot or throwing up questionable 2s, it is time for the Bulls to encourage him to take 10+ shot attempts and play his game. He’ll learn from his mistakes.