Now LaVine HAS To Do It: Magic's Aaron Gordon Commits to Slam Dunk Contest Skip to content 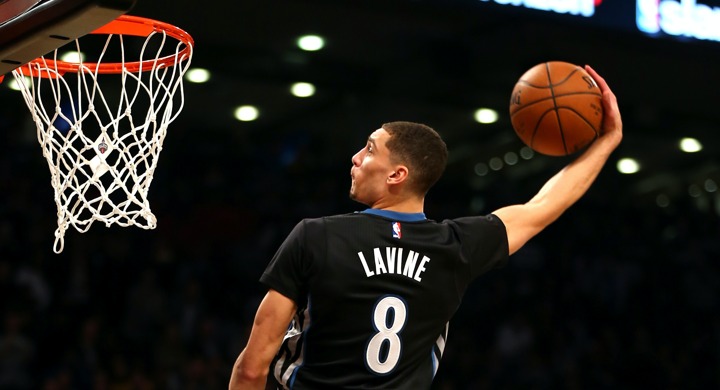 The Athletic’s Sham Charania announced on Thursday that the Orlando Magic’s Aaron Gordon has committed to the NBA Slam Dunk Contest during All-Star Weekend in Chicago. Gordon will join the Los Angeles Lakers’ Dwight Howard and Miami Heat’s Derrick Jones Jr. as the current participants.

But now the question is heightened … Will the Bulls’ Zach LaVine re-take the stage in a rematch of basically the greatest dunk contest ever?

LaVine confirmed he received an invite to the event earlier this month, but told reporters he’d be more likely to participate if he received his first All-Star nod. In addition, he also expressed some interest in competing in the league’s 3-point shootout, and to that I say … why not go for ALL THREE!?

Gordon’s confirmation almost makes it feel like LaVine HAS to do it now. (1) The two provided us with arguably the best Dunk Contest of all time back in 2016 and (2) is LaVine really going to let Aaron Gordon win the title on his home court? Also, Gordon kind of called him out for a rematch earlier this offseason.

JUST DO IT, ZACH! How could you possibly deprive us of another matchup like this!!

Anyway, LaVine still has some time to decide, and he’ll find out his All-Star fate later tonight when the reserves are announced live on TNT. Maybe after that’s all over, LaVine will finally give us a quick answer on whether or not he’ll participate.

I BEG OF THEE!