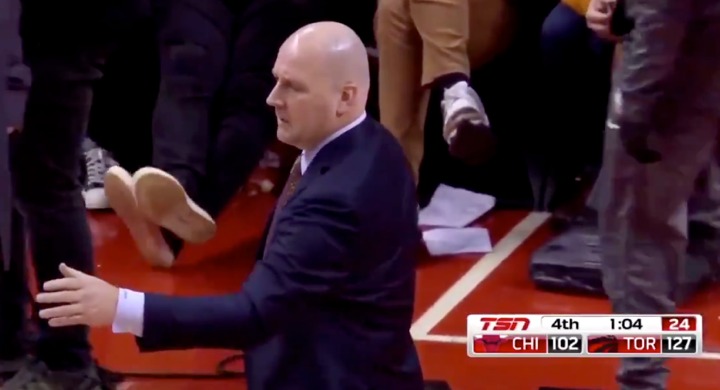 Everyone keeps saying now that football is over, it’s baseball season, but what about basketball!?

The Trade Deadline and the race for the playoffs is right around the corner. If you forget about that whole “Bulls suck” kind of thing, the NBA can be kind of exciting!

Boylen on the timeout with 1:04 left and Bulls down 25 that went viral: "I was trying to run something with my 2nd group. I got a G League guy in there who I haven't coached much on an ATO. I don't stop coaching the team because we're down. I've never done that, never will."

His Jumpman logo will be on NBA All-Star Game jerseys in a couple weeks, in Chicago.

Pretty amazing how far Jordan Brand has come, and how ambitious their plans are this decade. https://t.co/RQDa5u8uav