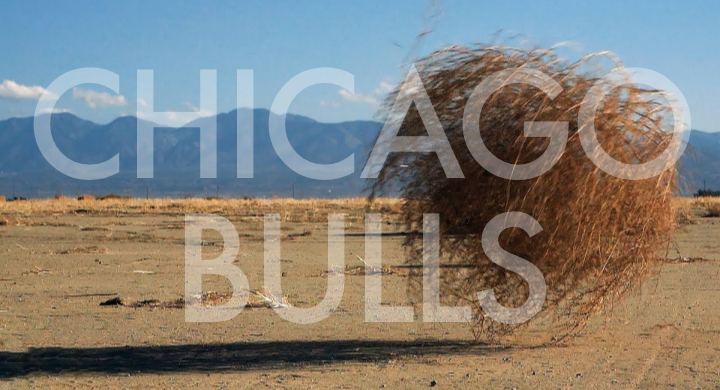 The Chicago Bulls sat on their hands.

The 2020 NBA Trade Deadline has officially passed, and the Bulls have the same roster they started with. Over the past several weeks, rumors were tossed back and forth about Kris Dunn, Thaddeus Young, and Denzel Valentine. However, as injuries to the Bulls starters loomed and the legitimate interest around the league proved surface-level (at best), all three players will finish out the year in Chicago.

But considering the position the Bulls are in, it feels pretty irresponsible to stand pat. If a deal wasn’t on the table, that’s one thing (although, even that proves there’s a fundamental issue within the organization). But if the Bulls weren’t even picking up the phone (so to speak), that’s just absurd. Throughout this entire trade season, I’ve never said the Bulls need to trade any “core” pieces (even when teams were reportedly inquiring about LaVine), but this team should have 100 percent seriously entertained moving Thaddeus Young and Denzel Valentine.

Young’s fit on this team has been dysfunctional at best, especially with Lauri Markkanen playing such a vital role in what this team is at least trying to do. And leaving Valentine on the roster after Jim Boylen has expressed nothing but disdain for him is unexplainable. Valentine will be an unrestricted free agent this offseason, and the Bulls are now likely to let him walk for nothing (literally any type of high-upside lottery ticket player, no matter how unlikely he is to reach that level, is better than nothing).

My only hope for now is that this ownership group does, in fact, have plans to revamp the front office at season’s end. If that’s the case, then maybe … just MAYBE … you can justify leaving the roster there for a new mind to toy with (Michael: Ah, a good old fashioned lame duck front office – I can see it).

No matter the case, a cloud of frustration continues to hover over the United Center.

In other news, plenty of other teams were active this deadline, so let’s quickly run through that (brought to you by ESPN’s Adrian Wojnarowski).

Golden State has agreed to trade D'Angelo Russell to Minnesota for a deal that includes Andrew Wiggins, a 2021 protected first-round pick and a 2022 second-round pick, league sources tell ESPN. Warriors will send Jacob Evans and Omari Spellman to Timberwolves too.

The Clippers, Knicks and Wizards have agreed to a three-team trade that will land Marcus Morris and Isaiah Thomas with the Clippers, league sources tell ESPN. Jerome Robinson will join the Wizards, Moe Harkless and a 2020 first-round pick to the Knicks.

Future second-round pick to the Pistons — lesser of Golden State or Cleveland's 2023 pick, source tells ESPN. Knight and Henson too.