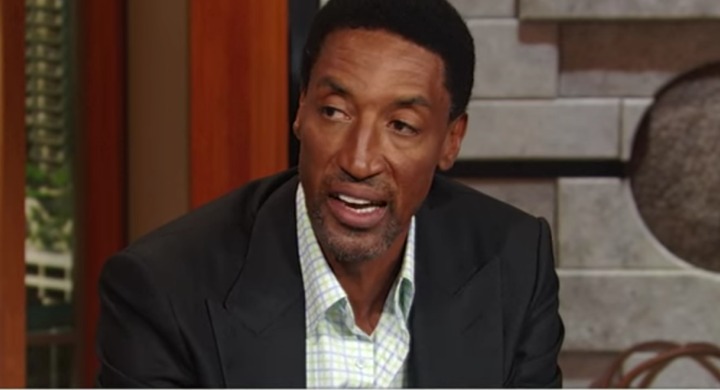 When Scottie Pippen isn’t on the Bulls side, you know things are rough.

During Thursday’s episode of The Jump on ESPN, Chicago’s own Michael Wilbon joined Rachel Nichols, Tracy McGrady, and Pippen to discuss the current state of the Chicago Bulls.

Wilbon brought up his preseason prediction that the Bulls would sneak into the playoffs with the 8th seed. With the team clearly on track to miss the mark, Wilbon attributed much of the team’s poor record to the numerous injuries around the team. Fortunately, Nichols quickly pointed out the sentiment close to many Bulls fans heart – injuries aren’t an excuse.

The topic sparked a brief debate among the four sitting at the desk, and let’s just say Pippen didn’t say the nicest things about his former team.

Wilbon: “Half the time you’re looking out there, do you know who the starting lineup is going to be?”

Wilbon: “You can’t get to the 8th seed without help.”

McGrady: “I’m buying it, but those guys he’s talking about [the Bulls injured players], I don’t know if they start anywhere else, honestly.”

Pippen: “I follow what you’re saying, Mike, and I’m with Tracey. The Bulls starting lineup are not true starters in this league, you know what I’m saying?”

To be fair, Pippen did go on to claim LaVine as a worthy starter, but he appeared iffy about saying the same for Lauri Markkanen and didn’t comment directly on Otto Porter or Wendell Carter Jr.

I’m all for bashing the Bulls when they deserve it – in fact, I’ve been thinking of throwing a fundraiser called Bulls Bash where the city of Chicago can just throw tomatoes at cardboard cutouts of Gar/Pax all day – but to say none of these players are true starters feels like a bit of an exaggeration.

Otto Porter (when healthy) is a proven two-way veteran who has shot 40 percent from the field and behind the arc in four-straight seasons. Wendell Carter Jr. might be in only his second-year, but he made the Rising Stars roster this season and had the 9th-most rebounds in the NBA before suffering his ankle injury. Lauri Markkanen hasn’t lived up to his promise just yet, but at least part of that may well be attributed to how and when he’s used in Jim Boylen’s scheme. I’m just saying, I think there are several other teams where both of those former players would start, and Markkanen is still a guy you want around.

Regardless, I’m sure everyone at the table knows the overarching problem with this franchise remains the folks upstairs. I wouldn’t expect Nichols, Wilbon, McGrady, or Pippen to fully attack this front office on national television though, especially when most of them will be seated in their house tomorrow night. And, hey, Wilbon did at least point out that this recent rebuild for Gar Forman and John Paxson has been a failure. He also mentioned they’ve only managed to build the “correct team” twice during their long tenure, so that’s something.