Charles Barkley Is Sayin’ Not Sayin’: “Jim Boylen is a Good Friend of Mine … I’ll Leave It At That” Skip to content 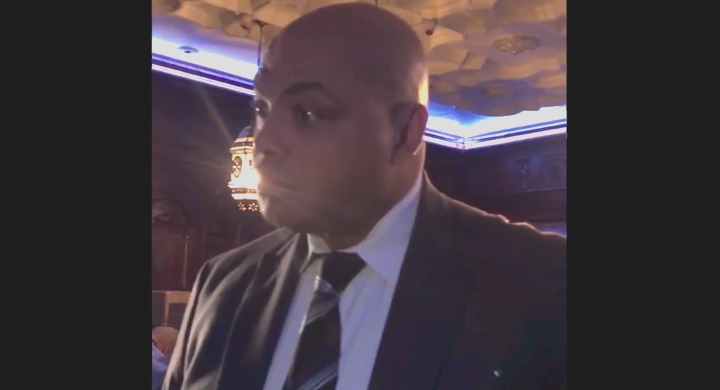 Charles Barkley is at it again.

On Wednesday, the NBA Hall of Famer asked an important question about the Chicago Bulls on ESPN 1000’s Waddle and Silvy Show – “What the hell is going on?” Welcome to the club, Charles. Support groups meet on Tuesdays. Rage groups meet on Monday, Wednesday, Thursday, Friday, Saturday, and Sunday.

As Barkley has made his rounds in Chicago, the Bulls questions have kept coming. During a TNT Promotional Event on Thursday night, he gave some quick thoughts on Lauri Markkanen, Zach LaVine, and Jim Boylen.

First things first, Barkley sure said a lot by not saying a lot on the Bulls head coach. When asked how he feels about the coaching and administration, he simply responded: “Jim Boylen is a good friend of mine, and I’ll leave it at that.”

I don’t think it’s much of a stretch to assume what he was really saying there: “good friend, bad coach.”

Anyway, similar to his radio appearance on Wednesday, Barkley pointed toward the “regression” from Markkanen as one of the Bulls’ biggest problems this season, this time saying he believed Markkanen was bound to be “the next big thing.” A step backward for Markkanen has meant another step forward for Zach LaVine though, but even with his offensive savvy, Barkley didn’t believe he was worthy of an All-Star appearance.

“He didn’t deserve it,” Barkley said. And, when asked “why” Barkley simply uttered the same words. However, in a separate video posted from the same event, Barkley did give his thoughts on the players many consider to be All-Star snubs, and from that, we get a little more clarity:

Chuck on All-Star snubs: “When you’re 5-75, you don’t have the right to be snubbed. All the guys who said they were snubbed were on the worst teams.”

A large debate around this time of year is whether or not team record should out-weigh an impressive season-long performance. According to Barkley, it very well should.

Of course, in the case of Trae Young, an All-Star starter this season from a 15-41 Atlanta Hawks squad, it didn’t seem to matter. As for players like LaVine and the Washington Wizards Bradley Beal (averaging 29.1 ppg, the highest ever to not make an All-Star game), the team record was almost certainly a factor.

Barkley’s comments gained some traction over social media, enough for Beal himself to fire back on Twitter.

You got to love some NBA drama!