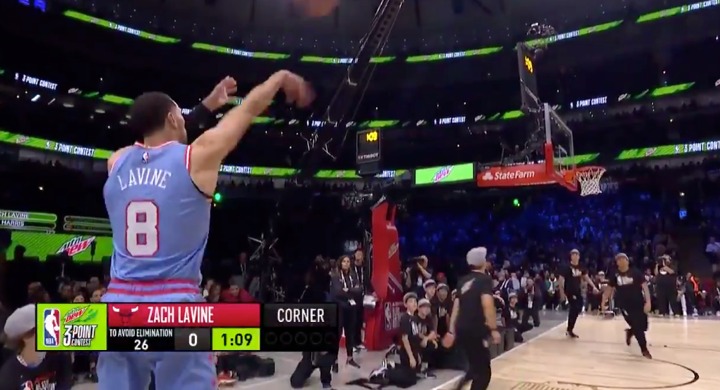 Whenever I think about anything the Bulls do, it’s always this face followed by complete rage (and then sometimes tears):

When Jim Boylen calls another late-game timeout in a blowout:
pic.twitter.com/JVb6hMidp4

Zach LaVine wanted to put on a show Saturday night, but his 3-point contest was too brief, @DarnellMayberry writes. https://t.co/8Uot9RqyAF

2️⃣3️⃣ for Zach but not enough to advance.

Proud of you @ZachLaVine pic.twitter.com/kk3JnENpJa

LaVine: “I wanted to bring that trophy home. I’m pissed.”

The dunk contest judges had intended for the second round of the “dunk off” between Aaron Gordon and Derrick Jones Jr. to end in a tie.

“But somebody didn't do it right,” one judge, hip-hop artist Common said.

Most threes made before turning 20 in NBA history: