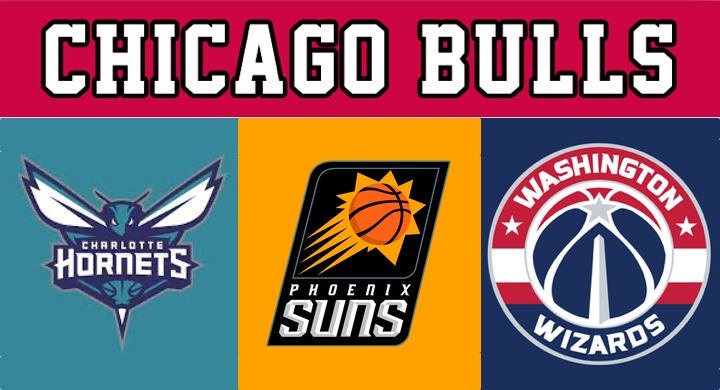 Additional Roster Notes: Otto Porter and Wendell Carter Jr. have both been ruled out for tonight’s game against the Hornets, but the two are close to a return. While there has been no specific date set, each player has participated in practice and it feels quite possible both could see time on the court sometime this weekend. Chandler Hutchison is new to the injury report with an apparent re-aggravated shoulder injury. We have yet to learn the extent of this injury and how long he will be sidelined. As for Kris Dunn, bad news came out earlier this week that he will be re-evaluated for his MCL sprain in 4-6 weeks.

Kris Dunn to be Re-evaluated in 4-6 Weeks – How Does This Affect His Future with the Bulls?https://t.co/X2yhVsxLSF

Bulls: IT’S COBY WHITE SEASON, BABYYYY. In the past, I was against throwing White into the starting lineup, but with only 27 games to go and any sense of true direction lost, it’s time to let the lottery pick run free. Before the break, he had already shown more promising signs in the facilitating department, and while his shooting percentage hasn’t necessarily improved, he’s been taking better shots. Allowing White to run with the big boys and play alongside some of the team’s starters could help shape his development heading into year two.

White has been a fun microwave scorer off the bench at times, but a role in the starting lineup could allow for him to start shooting cleaner looks and practice his playmaking ability. The Bulls avoided throwing him into the spotlight for long enough, it’s time to see what he’s got.

Hornets: One constant for the Hornets all season long has been Devonte’ Graham. The guard has put together a breakout campaign with the departure of Kemba Walker, and he’s currently the team’s leading scorer, averaging 18.1 points per game. Over the three games he’s played against the Bulls this season, Graham has averaged 19.0 points and 8.0 assists per game. Uh, yeah, that’s pretty darn good. For the Bulls to split this season series against the Hornets, they are going to have to not only limit Graham’s sharp-shooting but also limit his clean passing. No Kris Dunn could make this a pretty tough challenge on the backcourt.

Suns: Devin Booker. I’m not even going to say anything else.

Wizards: Rookie Rui Hachimura had a very solid game against the Bulls when these two teams met before the break. The big man scored 20 points while recording 4 rebounds, 3 assists, 2 steals, and 2 blocks. With the Bulls expected to get Wendell Carter Jr. back any game now, this could limit some of the success Hachimura had last time around, but if he and Beal get going again … this could be another messy one for the Bulls.