LaVine Closes in on a Bulls Record, White's Career High, Worse Odds Than the Thunder, and Other Bulls Bullets Skip to content 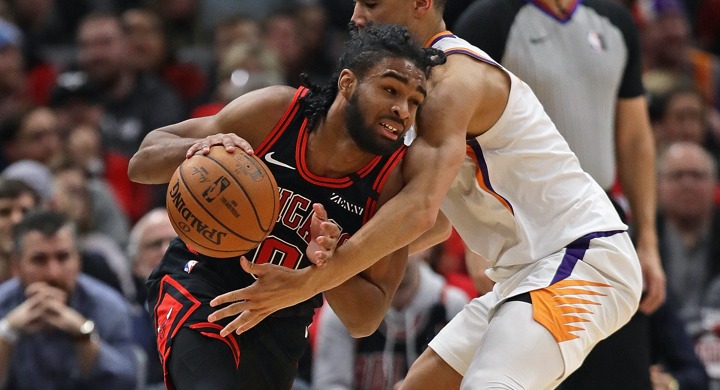 I hope everyone is having a good weekend! Don’t let the Bulls ruin it!

The 19-38 Bulls woke up this morning to a 0.5% chance to make the playoffs, per @bball_ref. To put that in context, they give the Oklahoma City Thunder a 0.8% chance to win the NBA Finals.

Watching the video of Zach saying this quote, he chuckled a little bit. Hilarious section by @DarnellMayberry: https://t.co/kaBIFKKBgU pic.twitter.com/8E91SJOVdg

Jim Boylen’s Late-Game Timeouts Sure Seem to be Rubbing the Players the Wrong Wayhttps://t.co/kgza5V5hwL

He already has 33 games of 3+ made threes this season, eight more than any other Bull in a season in franchise history (Scottie Pippen – 25 games in 1995-96).

Coby White poured in a career-high 33 points last night against the Suns: pic.twitter.com/S1pOEGpRgs

Just a reminder that Gar Forman’s last job was as Tim Floyd’s assistant at Iowa State. He has been a Bulls employee since Aug. 1, 1998, and is the final remaining employee hired by Floyd. https://t.co/JzvNiCeX8c