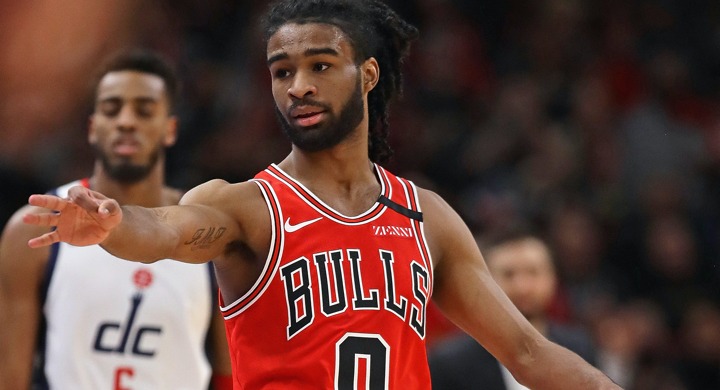 Good morning to everyone, but especially Coby White.

The rookie caught fire on Saturday against the Phoenix Suns, and the flames only grew in last night’s victory over the Washington Wizards. White had two super-duper awesome 33-point performances, immediately cementing himself alongside some very impressive company in NBA history.

Coby White dropped 66 points (!!!!) in 24 hours this weekend, dropping 33 on consecutive nights, becoming only the third rookie in 28 years (along with Trae Young and Allen Iverson) to achieve this. pic.twitter.com/om495Q9jPv

The competition may not have been the most elite, but Coby White made practically every single NBA player on the court over this weekend look silly. While we’ve seen our fair share of microwave-scoring performances from White this season, this was a whole new level of impressive.

Not only did he manage to dominate his opponents over the course of two full games, but he showed a developed bag of tricks. White’s bread-and-butter will always be in transition, but his half-court game was arguably the best we’ve seen it in the NBA yet. He confidently created his own shot off the dribble and aggressively attacked the rim (White got to line for seven FT attempts, matching his career-high). Not to mention, he even said “screw the analytics” and broke out the mid-range game that did him plenty of good during his college days.

The entire season has been a rollercoaster of consistency for White, so whether or not he can keep up this efficient scoring effort is a fair question. Regardless, these are steps in the right direction for any rookie.

And more specifically, White’s confidence appeared shot in the middle part of this season when he admitted to hitting the rookie wall, so the more this team can work to ensure that doesn’t happen again, the better. One good way to do that – keep playing him alongside Zach LaVine or Tomas Satoransky.

Specifically, last night, practically all of White’s buckets came while playing with those two guys on the court. Sato assisted on numerous shots, and LaVine’s presence helped spread the floor to White’s advantage. Some of White’s success could be attributed to his reserve role, but with him playing so well alongside either one of these players, inserting him into the starting lineup should still be a big talking point. Now, if White can still be subbed into the first unit and clock roughly 34 minutes of actions, then a starting spot may not matter all that much. I just believe, in whatever capacity that comes, more time on the floor with some of the team’s traditional starters could do White some good.

Anyway, as things stand, White has the third-most points out of any NBA rookie and is first in made 3-pointers. His rookie season may not be as coveted as Zion Williamson and Ja Morant (I mean, who said it would be?), but he’s doing his best to make sure this league doesn’t forget he’s a rising star.