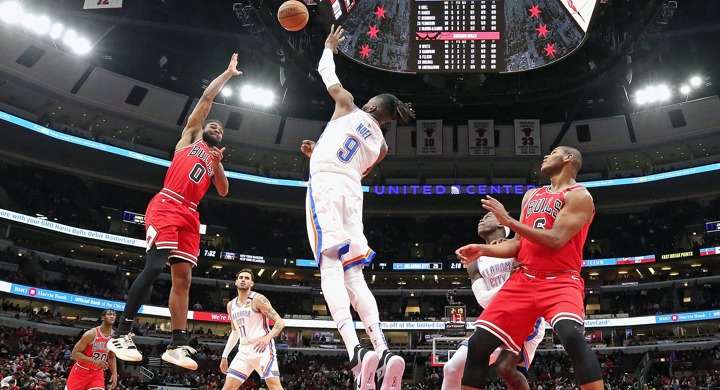 Social media can certainly be a toxic environment in the sports world (and all worlds, really). But I have to admit, I’m a sucker for athletes supporting their peers: a.k.a. game recognizing game.

And, as you’ll see a little further down this post, Coby White has gotten plenty of respect lately. You just love to see it.

For the history buffs out there, good one from Bulls PR in the postgame notes: Zach LaVine and Coby White join Bob Love and Chet Walker as the only Bulls teammates to score at least 30 points in consecutive games. Surprising MJ and Pip never did this. Love and Walker did in 1969.

"I keep getting this question, and I'm just going to answer it one more time: Coby is in a good place, and we're going to keep him in a good place … Let's let Coby keep playing and let him keep developing."

Chris Paul on his relationship with Coby White and seeing him drop a career-high 35 points tonight. Paul coached White and Wendell Carter Jr. in AAU: pic.twitter.com/GNzMQF0QoD

Zach is absolutely talking to the ref here, not Boylen. I've looked at our video. https://t.co/4948brRsA7

Scrimmage for Carter and Valentine. With 3 days between games, Knicks on Saturday could be return date. https://t.co/iHh2z53AGM

Nine NBA head coaches also played in the league. Of those nine, only one still plays pickup hoops, but they all live and breathe the game.@KCJHoop has more: https://t.co/NudSTZayLm