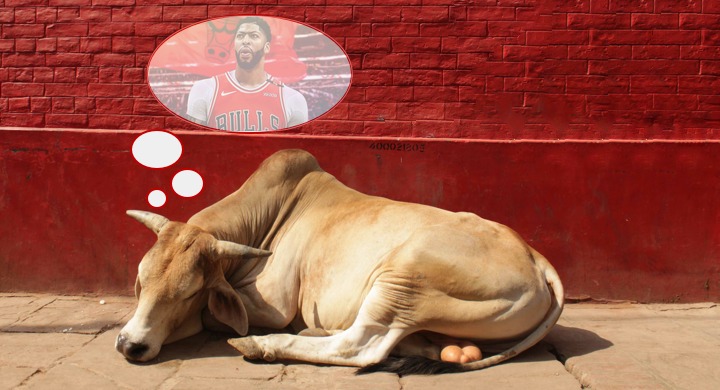 Do you get nauseous watching Chicago Bulls basketball?

Does your blood boil when you hear Jim Boylen speak?

Have you suddenly started to experience frequent urination?

If you answered yes to the first two questions, then maybe it’s time you try offseason-a. The mindset created to make you stop thinking about the regular season and start thinking about potential free agents and/or draft selections! Oh, and by the way, if you’re experiencing the third thing, I highly recommend contacting your doctor. Just saying.

With the Bulls at 20-39 on the season and trending downward, it’s about time we look toward what might lie ahead. I understand we don’t know exactly what the franchise’s leadership will look like next season thanks to circulating rumors, but there are a couple of important things we do know this organization (regardless of who’s running it) will have to deal with.

So let’s set the stage!

For a full breakdown of their current payroll and roster, I always recommend checking out the spreadsheet provided by Early Bird Rights, and Basketball Insiders also has a decent breakdown of their own. But, long story short, the Bulls are in a position to basically have no cap space this offseason.

I say basically because there is almost always a way for a team to create some flexibility, but the Bulls situation is especially difficult. With a young core wrapped up for the next couple of season, and last offseason’s free-agent signings of Tomas Satoransky and Thaddeus Young (both who received three-year deals), the only significant space that could open up is if Otto Porter declines his $28.5 million player option. Considering the idea of Porter willingly leaving that money on the table after suffering through another injury-plagued season is completely nuts with a side of cashews, I think it’s safe to assume he’ll be on the team next year (which, isn’t necessarily a bad thing, but it is a financial reality we have to face).

Of course, another way the Bulls can make some room is with a trade or two. After how poorly the Thaddeus Young experience has gone when Lauri Markkanen is healthy, it’ll be interesting to see if the Bulls take a look at his trade value. The Clippers already expressed some interest in the veteran during the deadline, and they also have big man Montrezl Harrell entering unrestricted free agency, so maybe the door is still open?

All in all, the money isn’t there right now, but that might not be a huge deal …

The upcoming free-agent class is weaker than my upper-body during freshman year of college (I was a very scrawny lad). I would say there are some hidden gems here and there, but it’s not a group of players that will make general managers salivate. For reference, here are some of the best names on the market:

If Anthony Davis actually hit the market, that, of course, would be a big deal. However, he wisely turned down the four-year $146 million extension the Los Angeles Lakers offered him earlier this season and thus become eligible for a five-year $202 million deal this summer. I guess there is always a possibility he can look for that deal from another team, but all signs point to him re-signing with the Lakers for the long haul.

Brandon Ingram is an interesting name to keep in mind. The only problem is he’s a restricted free agent, and it’s hard to imagine the team letting him walk after this All-Star campaign.

In general, I just don’t think many teams with little cap space look at this free agency with any FOMO. The real prize comes in 2021, and teams will happily wait.

Chicago has the bulk of their team returning next season, with the only “major” loss potentially being Kris Dunn.

The 25-year-old will be a restricted free agent this offseason, and it’s kind of hard to judge his market after his breakout season on the defensive end. If you ask me, I’ve thought all season long that there are teams out there who would be interested in making a run at Dunn. The thought-process for many is still that defense doesn’t pay, but players like Patrick Beverley and Marcus Smart broke that mold this past offseason.

What still makes the judgment call hard though is the injury Dunn suffered a couple of weeks back. He’s rehabbing an MCL sprain right now and it’s his second in two years. Dunn hasn’t played more than 52 games since his rookie year, and while he isn’t necessarily considered “injury-prone,” he does come with some concerns.

For Chicago, all of this could mean Dunn stays around on a qualifying offer (possibly around $4.5 million), which wouldn’t be the worst outcome.

Denzel Valentine and Shaquille Harrison are the other two players on the Bulls roster who will hit free agency this season. Both will be unrestricted free agents and most signs point to no future in Chicago for these two.

Is it time to think extensions?

Reminder of Bulls player eligible for extension this summer:

I swear, Felicio better not finesse his way into another $32 million.

Anyway, the most important business to attend to this offseason will be fixing the front office! All of this stuff above will hopefully be dealt with directly by a new face, and for the latest updates on where that situation stands, read this stuff: