Ah, The Knicks ... Always There To Make the Bulls Look Better: A Very Public Spat with Spike Lee Isn't a Great Look Skip to content 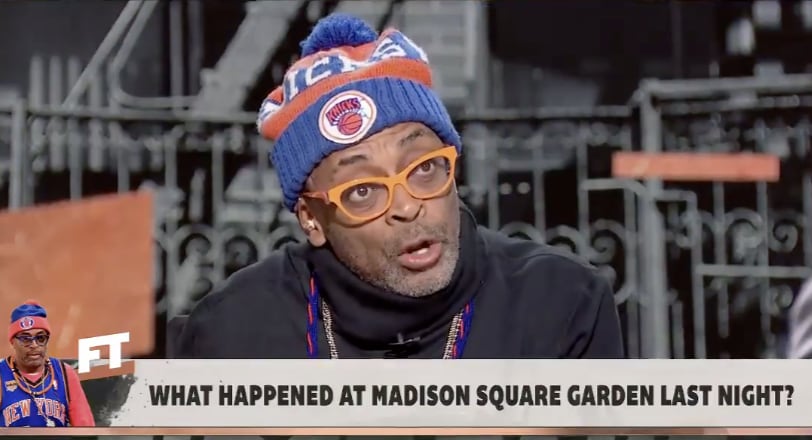 The Battle of the Bums is coming down to the wire.

While the New York Knicks have been the undefeated laughing stock of the NBA over the past several seasons, the Chicago Bulls have started to give them a run for their money – a playoff declaration followed by a 21-40 record (and other internal strife) has propelled the Bulls into the Knicks stratosphere. And the national attention provided by All-Star Weekend helped put that trouble on display for the entire country.

Indeed, whether it’s Knicks fans chanting “sell the team” at Madison Square Garden or Bulls fans screaming “Fire GarPax” on national television, the race for the most embarrassing organization in the NBA is neck-and-neck. This is serious stuff.

Chicago did seem to move into first (last?) place when New York took them down for the second time this season last week, but it didn’t take long for the Knicks to fall right back in line.

How kind of them: On Monday night, Knicks owner James Dolan couldn’t help himself and ticked off the team’s most famous supporter …

Weird, long, and complicated story short, the Knicks organization got all up in Spike Lee’s face for coming through the employee/media entrance he’s reportedly used for over 20 years.

Video posted online showed Lee and security engaging in an argument on the matter last night, but contrary to what the caption says, Lee did make it into the game.

Despite Lee speaking with Dolan during the game last night, the issue wasn’t fixed. Lee went on ESPN’s First Take Tuesday morning and gave plenty of harsh thoughts on the current state of the Knicks franchise.

Instead of keeping their mouth shut, the Knicks then decided to make this situation worse and release this ridiculous, frankly unprofessional statement (even if it’s true, it just comes off poorly):

Anywho, the Bulls may be losing the season series, but I’m not sure even 10 more late-game, developmental timeouts by Jim Boylen can match this blunder.