The Bulls Won Despite Zach LaVine's Absence, Not Because of it and Other Bulls Bullets | Bleacher Nation Skip to content 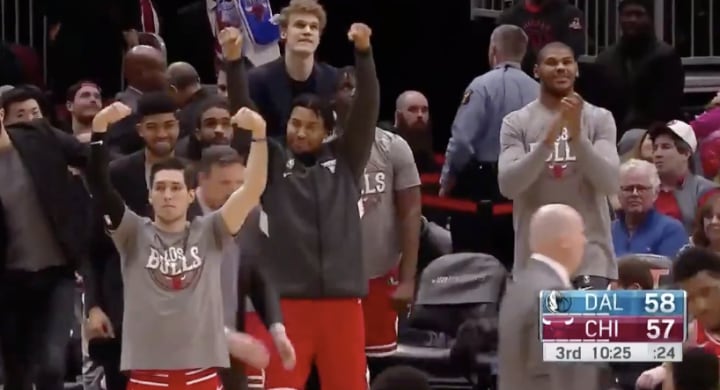 The MLB needs to get on this immediately, I loved every second:

I totally get that there would be logistical issues with doing live mics during the regular season, but MLB needs to realize just how awesome today was. KB and Riz mic'd up was one of the best things I've seen in a while. https://t.co/xkPaOIRMy7

Otto Porter Jr. is back and it showed.

He ended the night scoring 18 points in 17 minutes of play to help the Bulls secure the W: pic.twitter.com/Ja0F3Gp8pd

If Jim Boylen had a couple more timeouts then I think the Mavs probably win this one.

Still just 11 games into his NBA career, Adam Mokoka is fighting to make a name for himself with the Bulls and in the league.

Clamping Luka Doncic down the stretch of a comeback victory is a good start: https://t.co/aG6CHM33xf

The Bulls are back pic.twitter.com/LV42f8aBmG