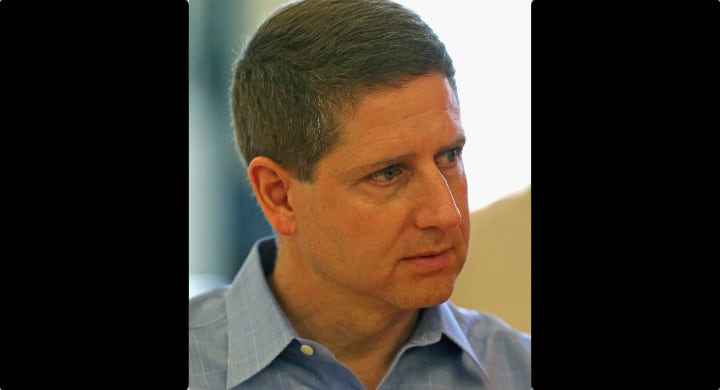 Who knows what to believe?

By April 16th, the Chicago Bulls need to have an idea of where this organization is heading. Over the last month or so, many reports have surfaced about the team’s intention to shake-up the front office; however, very little clarity has been given about what form this might take. Certain reports have shared conflicting information, and the more that happens, the more I’m concerned that this ownership group might not have a clear idea of what sort of change they’d like to bring about.

Fortunately, the Reinsdorfs have time to right the ship, but hopefully, that happens sooner than later. One day we’re hearing that the Bulls are willing to pay whatever it takes to get a big-time name in their front office, the next day we’re told not so much.

Highly-touted Oklahoma City Thunder General Manager Sam Presti has been the focus of the conversation since David Kaplan reported him as the Bulls No. 1 option on ESPN 1000 just two days ago. While Kaplan basically said the Bulls would be willing to let Presti write his own check, NBC Sports Chicago’s K.C. Johnson writes otherwise (emphasis mine):

And it also should be noted that the Bulls historically have not operated as a big-spending franchise when it comes to management. It would take upwards of $9 to $10 million to even get Presti to the negotiating table. The sniffing around I’ve done on this story leads me to believe that that’s not a route the Bulls plan to take. Things can change, and this process is a fluid one. But my educated guess is the Bulls will hire multiple people for a restructured front office and spend their money that way.

Uh, so that’s almost opposite of what was first reported earlier this week. To be fair, like Johnson, Kaplan did mention that the Bulls have never gone out of their way to spend Presti-level money before, but he doubled-down that “money will be no object if they can get the right guy.” Meanwhile, Johnson is not only saying that this may not be the route the Bulls take, he offers a subtly-specific guess that they’ll spend their money on “multiple” hires, which is obviously an entirely different, arguably less attractive route (given only what we know right now).

Indeed, I’d argue that this organization needs one empowered and unified voice leading the way more than most teams out there. But, it’s true that the “right voice” can come in many forms. And I’m certainly not categorically against the other approach, so long as it includes the right people. Ultimately, Johnson didn’t take Presti fully off the table, but he seems to recognize the harsh reality of getting him to leave his situation in OKC – something I mentioned after Kaplan’s initial report.

More importantly, this whole discussion comes down to the number the Bulls are willing to spend and how they’re willing to spend it. Personally, a heavy hitter like Presti with complete power sounds predictably great. But if Presti isn’t ready to leave, a couple of less expensive yet proven names isn’t the worst outcome.

According to Johnson though, it doesn’t matter if it’s Presti or freaking sea turtle, the plan is for the person hired to the highest position to have the iron fist … kind of:

In whatever structure the new front office takes, the biggest hire the Bulls make will have autonomy. Paxson is willing to take as much or as a little of a backseat as needed. Whether or not this hire’s autonomy will allow him to unilaterally make the decision on Jim Boylen’s future is unknown for now. I’d expect Michael Reinsdorf to ask potential hires to keep an open mind on retaining Boylen. But it’s common sense that any new hire or hires almost certainly would want to have his or her preferred coach in place, whether that’s Boylen or somebody else. The Bulls have to know that placing the contingent of having to keep Boylen would affect their pool of candidates.

The new hire will have autonomy, but that autonomy may not allow him to make the full decision on Boylen, but the Bulls know that will limit their search, but it’s true nonetheless? Er, what?

I wouldn’t be surprised if the Bulls want to try and save Paxson’s reputation by preventing any premature doubt on Boylen from trickling out. Indeed, the Bulls likely want to ride on the coat-tail of the new hire firing Boylen. Something like … “We appreciate Jim, but it’s [insert new hire name here]’s decision to do what he/she feels is best.”  I bet the Bulls feel more comfortable with that as the message, especially since this guy was extended just months ago.

Plus, the toxic atmosphere in the locker room might be making its way into the front office, as Johnson reported that Boylen has butt heads with senior advisor Doug Collins.

According to multiple sources, Collins and Boylen had a falling out. Boylen, the sources said, no longer wanted Collins sitting in on coaches’ meetings. Collins is in the background for now.

I’m not saying it’s a sure-bet Boylen is gone next season, but I think the worry should be placed more on the role Paxson has moving forward. All signs point to him staying in the organization, which isn’t at all what Bulls fans want to hear. And while it’s hard to believe he would actually take the necessary step back to allow a new front office to take complete control, Johnson did share that Michael Reinsdorfs appears to be searching for potential candidates “solo.”

I guess that’s good news to end on?