The Bulls Have Plenty To Play For Over the Next Month ... At Least, Individually Skip to content 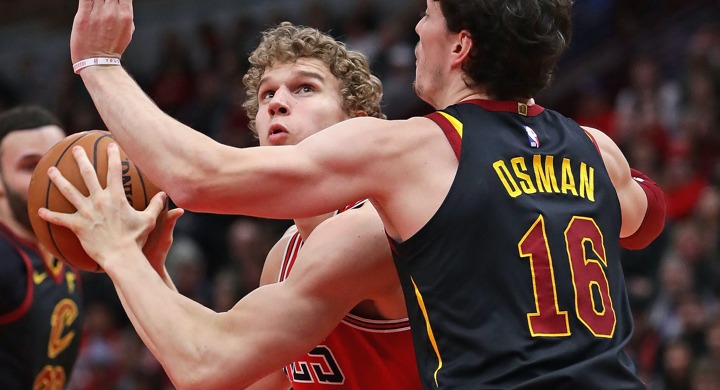 After a 115-108 loss to the Minnesota Timberwolves Wednesday night, head coach Jim Boylen challenged his team, who, according to him, didn’t play tough enough – even those returning players brushing off some rust. But for however justifiable the outburst was (a loss to the Timberwolves, even in this season, certainly stinks) the timing sure seemed odd. I mean, healthy team or not, the Bulls have played far worse games over the course of the season, right?

Well, with some time to cool down, Boylen addressed what he wanted to see out of his team moving forward ahead of Friday night’s game against the Indiana Pacers, and he might actually have stumbled into a good point.

“We’re a team in transition,” Boylen told NBC Sports Chicago’s K.C. Johnson. “Guys are trying to figure out where they’re at and how to fit in. What I’ve asked them to do is just pay into the pot, man. Just pay in with your minutes. Pay into the pot emotionally and physically. The overriding theme is we have to improve our physicality on the defensive board.”

Oooooh, did someone learn a new phrase?

“Pay into the pot” is Boylen-ese for “give more effort.” With a 20-41 record, I think that’s a lot easier said than done. Numerous players are trying to find their footing after missing dozens of games and rookies are still trying to solidify their roles in a new league. Also, I can’t imagine a spoonful of external negativity is a great motivator.

However, as much as I hate to agree with Boylen, he may have a point here. Every single person in that locker room understands this team isn’t going to make the playoffs – I wouldn’t be surprised if any and all forms of optimism have been sucked out of the United Center – but that doesn’t mean this season is over. Over these last 20 games, everyone has something to play for.

For Boylen, it’s his job, which is probably why we’ve seen a little more frustration than usual lately. Unfortunately for Boylen, if the Bulls are able to pull off the front office coup we all want to see, the writing may already be on the wall.

Meanwhile, Lauri Markkanen is up for an extension this summer. Wendell Carter Jr. is trying to prove he’s one of the league’s best up-and-coming big men (as his Rising Stars roster spot suggests). Coby White wants to lock-up the starting spot. Tomas Satoransky doesn’t want to lose the starting spot. Otto Porter needs to prove he can stay healthy. Thaddeus Young needs to figure out how he fits in the rotation. Daniel Gafford is trying to show he’s the backup center of the future. Denzel Valentine, Shaquille Harrison, and Adam Mokoka are playing for jobs. Ryan Arcidiacono is … well … I’m sure he has something. The point being – everyone on this team has a reason.

Also, with the stakes of “winning” games a lot lower, why not just try to have some fun? I recognize the fact that “Jim Boylen” and “fun” don’t often go hand-in-hand, especially when there is talk about him wanting to run tougher practices again. However, ESPN’s Malika Andrews said on The Jump earlier today that she spoke with folks inside the Bulls organization who said that whole idea “isn’t what it looks like.” Instead, it sounds like they’re simply looking to keep the energy high as they integrate some of these key injured players back into the rotation.

Anyway, if the Bulls make changes to the front office this summer, it’s also in every single player’s best interest to prove their worth as part of this organization moving forward. You never know who a new leader might deem unfit for this team’s new direction. So, no matter the scenario, it’s not time for any player give up.