“Whatever Happens to Him ... Happens” - Denzel Valentine Had Some, Uh, Interesting Comments on His Head Coach Skip to content 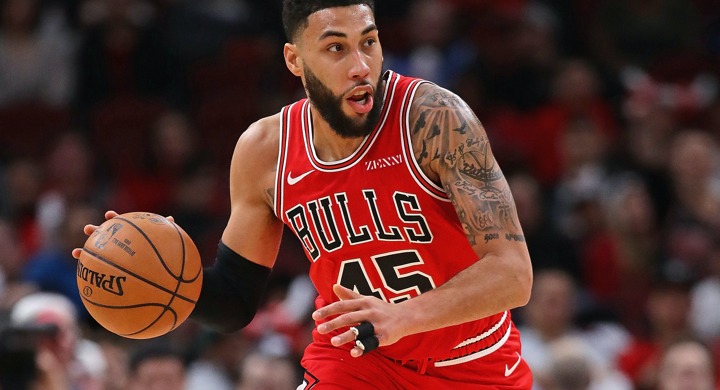 I think it was already safe to assume things weren’t great inside the Bulls locker room, but after tonight we have even more clarity, and … surprise: it’s not great.

Ahead of Friday night’s game against the Indiana Pacers, the Sun-Times’ Joe Cowley spoke with guard Denzel Valentine about his head coach. And when asked about Jim Boylen’s status in the locker room, uh, let’s just say Valentine didn’t have the kindest words to share.

“I mean, he has a voice,” Valentine said. “He’s been our coach all year, so hey, whatever happens to him is what happens. But for now he’s our coach. It is what it is.’’

YIKES. Whatever happens to him is what happens.

Now, to be fair, Valentine did tell Cowley that speculating on Boylen’s future in Chicago isn’t something for the players to worry about. Although, doesn’t that alone kind of say enough? If Boylen was a good coach, the players would fight for him. And while he said the team just needs to focus on competing, he also made clear that he and Boylen aren’t always on the same page.

“You may not agree with some of the things he’s saying, disagree with how he feels on certain things, but we’re here as players to try and be coachable.”

Part of me LOVES the fact that Valentine spoke out, saying the things we know they (the players) are already thinking  … the other part of me is kind of floored a player actually came out and said it so bluntly.

And to add insult to injury, the Sun-Times also reported that several players have brought up the rumored front office changes over the last week.

I’m sure having this discussion is unavoidable for most of these guys, but the fact that it’s trickling into the public light must mean that it’s long trickled into the locker room.

Indeed, it’s not hard to believe – from the outside – that Valentine’s words represent a majority of the players in that locker room. He, of course, may feel a bit more liberated to speak out as an impending unrestricted free agent – not to mention, he could very well hold some kind of grudge against Boylen for the limited playing time he received in the middle of this particular season. Regardless, it feels like these words are just saying what everyone is thinking – Boylen is a lame duck head coach.

The players don’t want this guy around, and with the offseason changes as a topic of conversation behind the scenes, the Bulls mindset likely isn’t on the here and now.

On Wednesday, Boylen called out his players and challenged them to be tougher, but knowing what we know now, it’s not surprising that they seem to be displaying a lack of energy. Of course, everyone has something to play for over these next 20 games, but you can bet your bottom dollar they’re not playing for Boylen.

“I mean, he has a voice. He’s been our coach all year, so hey, whatever happens to him is what happens. But for now he’s our coach. It is what it is.’’ — Bulls guard Denzel Valentine on if the locker room is still listening to what Boylen says.https://t.co/D0ZhTZxrhP