Come for the Bulls, Stay for the Coby White Highlights and Other Bulls Bullets Skip to content 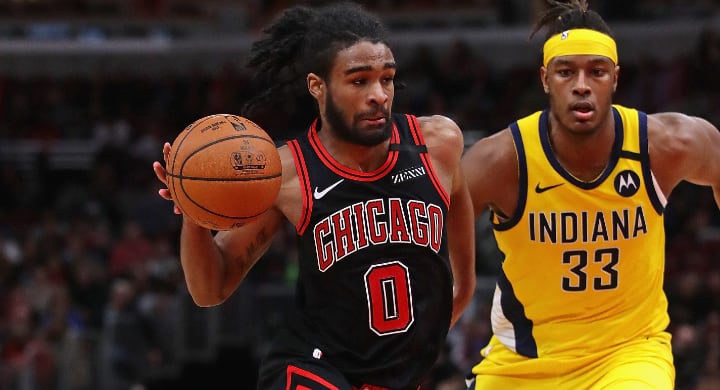 Sources: The NBA has sent a memo to its franchises explaining that, due to coronavirus outbreak, teams should be preparing to play games without fans in attendance and identifying “essential staff” present for these games — should it be necessary.

The Bulls are now 0-20 against the current top 8 teams in the Eastern Conference.

Lauri Markkanen on his 3-point night on 1-of-10 FGs: "I did feel better. Of course, my legs were a little tired. Breathing wise, I felt better than last game. It's game by game, just trying to get better at it. I'm not worried about the shooting night. Part of the process."

Per @ckamka Last time the Bulls beat the Pacers was December 29, 2017. Over the course of the 8-game losing streak, 28 different players appeared in those 8 losses for the Bulls.

A career night for @ShaqHarrison_3.

Wendell Carter Jr. on Jim Boylen and any criticism he may have of #Bulls' play: "I told him, he can tell me what it is. Whenever, whatever he feels about a certain situation, we can just have a conversation about it."

Coby White continues to get buckets.

Some camera op is finding ways to entertain himself with the cinematography during the second half of these Bulls blowouts. pic.twitter.com/EfNJ7p0lSV

“Whatever Happens to Him … Happens” – Denzel Valentine Had Some, Uh, Interesting Comments on His Head Coachhttps://t.co/7LmXR37YzI