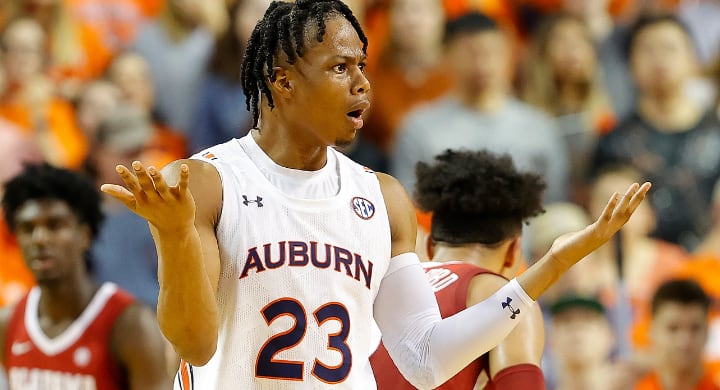 A little over two months after doing our first check-in on the projected 2020 NBA mock drafts, the Chicago Bulls haven’t budged.

In January, the team sat in familiar territory, with many of the league’s top analysts projecting them to land right around the No. 7 pick in the draft. Again. And while it feels as though this team has only gotten worse since then, the losing hasn’t made a very big dent on their lottery odds.

Fortunately, winning games is toward the bottom of the Bulls to-do list over the next month, so there’s at least some reason to be optimistic about working their way up the draft boards.

The latest from the lottery odds power rankings series by The Athletic has the Bulls with the 7th-best odds to land a top-three pick, which isn’t the most encouraging. However, the Knicks are only one game behind the Bulls in the standings and the Detroit Pistons are only 1.5 games back. The Bulls schedule lightens up over these next two games with matchups against the Cleveland Cavaliers and Orlando Magic, but after that, a gauntlet awaits. Since Chicago has one of the hardest remaining schedules in the NBA, they may find a way to sneak up closer to top-five odds in the coming weeks.

With that said, most have the Bulls in familiar territory right now, but some different prospects have come into the fold. I recommend keeping up with ESPN’s big board to get at least a general idea of what college ballers are currently projected to be a lottery pick. I don’t agree with all the rankings (I mean, who will?), but it’s a great way to organize by position and familiarize yourself with talent.

Anyway, time to check out some mock drafts!

Tankathon allows users to simulate the draft lottery with odds based on their current position, so if you want to keep clicking that button until the Bulls magical get the No. 1 pick to make yourself stop crying, be my guest. Otherwise, the Bulls are the 7th-worst team in the NBA as of today, and with that in mind, Tankathon has them selecting Auburn forward Isaac Okoro.

The freshman is currently averaging 12.9 points, 4.4 rebounds, and 2.0 assists per game. The numbers might not jump out at you, but all things considered, this might end up being a very solid pick. His three-ball isn’t the best (shooting only 29.0 percent on 69 attempts), but he’s proven to be a very efficient scorer around the rim. He currently holds an effective field goal percentage of 55.6 percent and is the second-highest-ranked small forward in the draft. So while Okoro may not immediately bolster the team’s outside shooting, he’s explosive and athletic enough to add some immediate value (the Bulls need a dog … he can be that dog). And I could envision him doing quite a bit of damage with Coby White in transition.

Just caught up on Auburn-Vandy. What an all-around performance from Isaac Okoro. Checks so many boxes on both ends of the floor. Energetic, physical and athletic but also has a real BBIQ. Has the handle + vision to buy him time offensively as his jumper comes along. Winner. pic.twitter.com/hGNmHspEa6

Position wise, I love the idea of finding a future small forward in this draft. With the Bulls already a tad guard-heavy, landing a promising backup (and eventual starter) for Otto Porter would be a solid move. Not only can we not bank on the veteran staying healthy, but he’ll likely be out of Chicago after next season (and Chandler Hutchison isn’t cutting it).

A lot of Okoro’s value comes on the defensive end, which could very well be the reason he wasn’t immediately seen as a high lottery pick. For more of a breakdown, I recommend checking out ESPN’s Jonathan Givony’s piece on the breakout star here.

Overall, I’ll keep a close eye on how Okoro finishes out the season and performs at the combine. I’m intrigued. 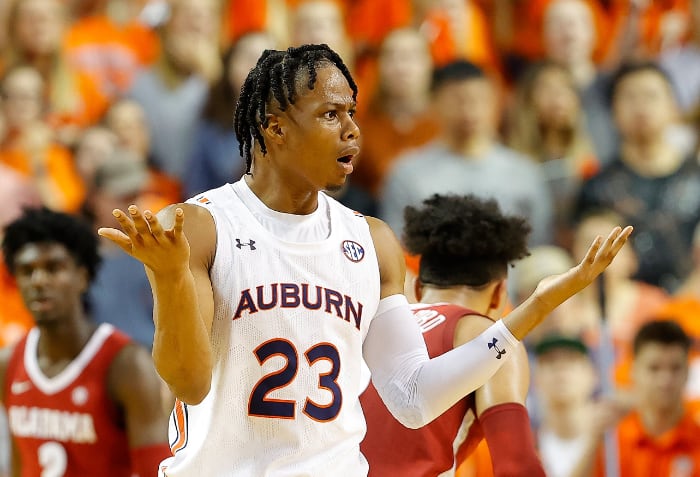 Sorry, but I got beef immediately.

After drafting Coby White in the 2019 NBA Draft, I’d be a bit salty if the Bulls picked another young, project guard. In all fairness, he may come into the NBA a bit more prepared than some one-and-done players thanks to his several seasons of professional ball overseas. However, finding a way to make Hayes and White co-exist may have its challenges. White might be a completely different player, but these two are gunning for the same position.

Yet still, it would be counterintuitive not to address the Bulls drafting another point guard since this draft class is chock full of them.

Hayes offers a skill set this team doesn’t necessarily have. More known for his crafty facilitating, he certainly fits the traditional point guard role better than anyone. This season he’s averaging 6.2 assists along with his 12.8 points, 2.3 rebounds, and 1.5 steals per game. The guy’s court vision is pretty darn impressive, and he can work wonders in the pick-and-roll. Also, when thinking about the type of player who could work best with a guy like Zach LaVine on the floor, Hayes certainly falls into that category.

Bleacher Report’s main reasoning centers around this idea that Coby White is best suited as an off the bench spark plug. But I think his recent play is proving otherwise. How he plays alongside Zach LaVine will be instrumental in the Bulls thought process heading into the 2020 NBA Draft. So if the Bulls evaluate their situation and still deem it appropriate to draft a sure-fire point guard, you could certainly do worse than Hayes.

Deni Avdija popped up the first time we did a mock draft post, and I said I’d keep my eye on whether or not his draft stock improved.

Well, I’ve been doing just that, and I’ve started to see him slip into the top-5 at several publications. Bleacher Report has him going as high as No. 2, while Tankathon currently has the 19-year-old going 4th-overall to the Timberwolves. Nothing is for certain right now, but based on his upward trajectory, I’m a bit surprised to see him fall to No. 7.

Avdija has quickly become my favorite prospect in this draft class. Playing professionally in Israel, he has shown incredibly promising signs of becoming a great two-way player in the NBA. His size might make you think he’s more of a power forward, but he’s actually the No. 1-ranked small forward in this draft class, per ESPN. Part of that is due to the fact that he has some extremely solid ball-handling capabilities and can work very well in transition. I’ve seen his passing and playmaking praised by several analysts as well, with one of his only key shortcomings being his shot creation.

Overall, I fell in love with the guy by simply watching his film, so I’ll just leave you with this: