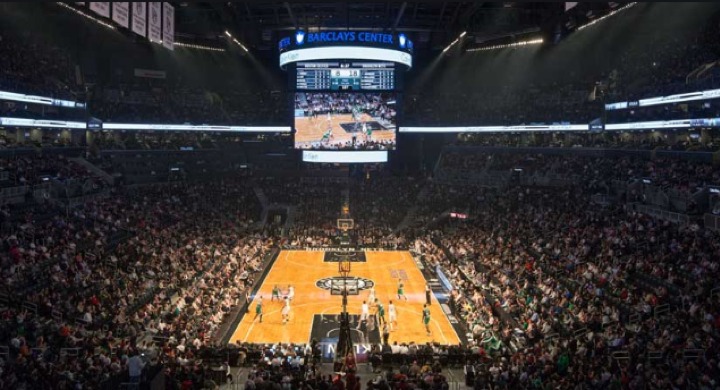 Oh, no. The Brooklyn Nets announced Tuesday afternoon that four of their players have tested positive for COVID-19.

Here’s what the organization had to say:

According to a team release, four @BrooklynNets players have tested positive for #COVID19.

One player is showing symptoms and the other three are asymptomatic. 😩 pic.twitter.com/vR4F8CoGCk

The news comes only six days after the shocking positive test of Utah Jazz center Rudy Gobert and the immediate shutdown of the NBA as a whole.

Gobert’s teammate Donovan Mitchell was the only other Jazz player to test positive for the virus, though he’s said to be asymptomatic. Add Detroit Pistons big man Christian Wood and, before today, there had been only been three NBA players said to have the virus.

Well, the Nets have added four more players to the list, three of which are showing no symptoms (to be clear, we aren’t quite sure who’s got what just yet (and maybe we never will)). All of this goes to show how critical the NBA’s suspension and new policies have been. Unless tested, it’s hard to know exactly who has the virus and how easily it can be passed from one player to another.

Sources: Brooklyn tested the team upon returning from San Francisco and results came back today. Nets paid out of pocket to a private company to conduct tests. One player awoke with some aches today; rest have experienced no symptoms.

And with that said, there is certainly some newfound concern for the Chicago Bulls.

Chicago visited Brooklyn on March 8th, before heading back to the United Center to play Cleveland. The team initially reported zero players showing symptoms after arriving back from Orlando on March 12th. They informed their players to stay in the Chicagoland area and “exercise good judgment related to personal hygiene and social distancing.” However, just yesterday the team met in person (though everyone was said to be six-feet apart) to discuss future guidelines as the hiatus continues. The players were also informed that they were allowed to travel out of the market.

I have to imagine with this news that the Bulls will get in touch with all their players and, if they haven’t been tested already, ensure that tests are done. Remember, symptoms are not always present. That’s what makes this so scary and challenging.

And what makes this decision look a little short-sighted, at best:

As reported last week, no Bulls were symptomatic and were given specific instructions on what to do if they developed COVID-19 symptoms. As reported then, these instructions included a place to go for testing if symptoms developed.

Of course, it’s a tricky situation. In a world where testing is not universally available, there are conflicting theories regarding who should use what resources and when. I’m going to steer away from that conversation for now (indeed, the Bulls position may soon change given this new information), because we are not medical professionals and do not have answers.

In any case, this news is yet another, but just the latest, major domino to fall in the NBA’s on-going COVID-19 saga. Stay safe out there, friends. Wash your hands.

UPDATE (4:30 p.m.): The Athletic’s Shams Charania reported that 2x NBA Champion Kevin Durant has tested positive for the coronavirus. He hasn’t appeared in a single game this season due to the ruptured Achillies he suffered at the end of last season with the Golden State Warriors.

If an inactive Durant can get it, anyone can. Listen to his wise words, and be careful.

Durant has not had symptoms and was among four positive test results on the Nets. The two-time NBA Finals MVP's message is one for everyone to heed: Stay quarantined. https://t.co/7E58fcyFjm