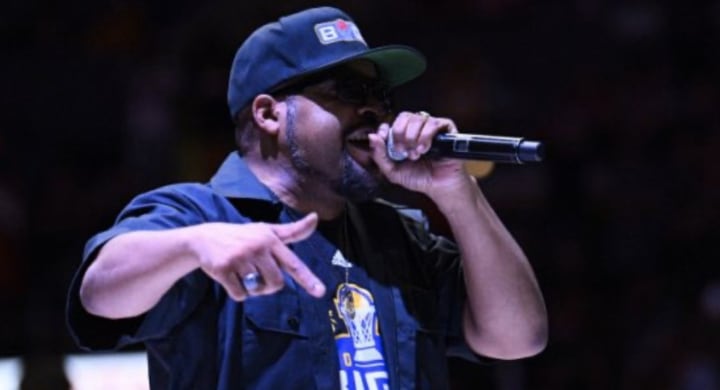 On Thursday afternoon, Yahoo Sports’ Chris Haynes announced that the BIG3 is considering a preseason tournament that would allow 16-22 players to compete on the court for millions of dollars.

League founder Ice Cube along with entertainment executive Jeff Kwatinetz are leading the charge for the reality-tv-style event to take place sometime in April. Of course, 3-on-3 teams would be made up of current BIG3 players, with the league’s biggest names (for example, Joe Johnson and Zach Randolph) reportedly in the mix to participate.

According to Haynes, all participating players will live under one roof with a basketball court built on site. And like any good reality tv show, the player’s daily life will be captured for the world to see. If players leave quarantine, they’re eliminated (duh). If players lose three times in the tournament, they’re eliminated. Yup, we’re basically talking Big Brother mixed with basketball. GIVE. ME. THIS. CONTENT! (Sorry for yelling, I need sports).

Anyway, here are the proposed tournament logistics, per Haynes:

There would be seven rounds of games, with teammates reshuffling after the first round. When a player accumulates three losses, he is eliminated. Cash prizes totaling millions of dollars will be awarded for first-, second- and third-place individual winners.

Basketball fans NEED this (okay, we don’t need it, but I freaking want it, okay!?). With – god knows – how long before we get sports back on our televisions, this could be the type of weekly content we need to keep ourselves semi-sane while stuffed in our homes.

I’m sure there are a lot of details to still figure out when it comes to protecting players and anyone else involved, but if the BIG3 could make this work, I’m sure they’d be able to draw some massive interest. After all, the likelihood is high that they would be the only semi-live sports available to watch.

Interestingly enough, this idea kind of falls in the line with a thought Adam Silver had yesterday when speaking with ESPN’s Rachel Nichols. While discussing the league’s options moving forward, Silver did mention possibly playing charity games in a similar format, where certain players who live in quarantine are allowed to compete with one another. You can read more about his comments here.

Hey, I’ll take what I can get. Safety for everyone involved comes first, but if the BIG3 or NBA can figure out a way to safely play some organized basketball, I know I’ll be watching.