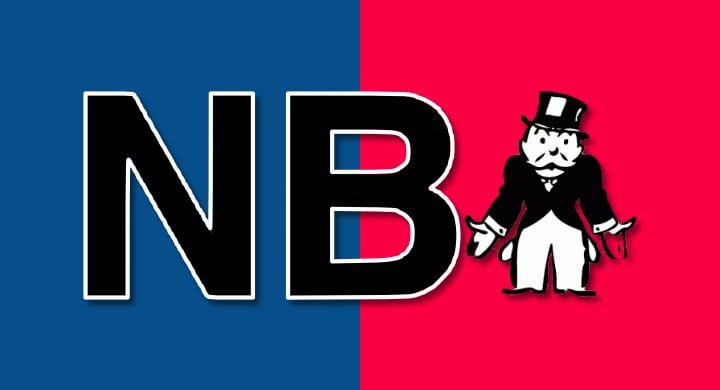 Ahhh, the power of social media.

When the day started, the Philadelphia 76ers planned to force team employees into a 20% salary reduction, according to ESPN’s Adrian Wojnarowski.

Owner Josh Harrison apparently informed his 76ers and New Jersey Devil employees this morning that anyone making over $50,000 a year will be required to take a pay cut, with those making $70,000 or more subject to the full 20 percent reduction. However, those who make $50,000 or more would still be asked to consider a pay cut, you know, probably with some line about it being “for the good of the company” or whatever.

In a time that’s hard for practically everyone, this was, of course, met with a fair amount of rage online and (I’m sure) behind the scenes in both organizations. Just a few hours later, Harris’ ownership group would completely charge course and stop any plans to reduce salaries.

I kind of love how the statement reads “after listening to our staff and players …” which basically means none of that was done prior to making this decision.

Harris and his ownership group clearly didn’t think about the potential fallout and reaction online upon making this announcement. I mean, almost immediately thereafter, the internet made sure to remind everyone of Harris’ net worth (an estimated $3.9 billion). Also, it sure didn’t help this ownership’s image when Joel Embiid pledged $500,000 of his own dime to coronavirus relief AND extra to help those impacted by these – now retracted – salary reductions.

For Joel Embiid, the $500,000 donation will go toward health and medical relief. The amount toward 76ers employees is to be determined based upon who is affected. https://t.co/HvjVlWcKhU

Elsewhere in the sports world, the NHL has gone forward with a similar plan for their league employees, dropping office employees salaries by 25 percent:

Yesterday the league made sure to say this is all temporary, as the hope remains to resume play and put everyone back in a good place.

At the end of the day, the motive behind these moves is somewhat admirable. The goal in both cases is to avoid future layoffs due to the tough times of this sports hiatus, but the question becomes whether this is the necessary step at this point in time. Obviously, the first choice for many of these teams and leagues as a whole should be to support their workers, not ask for money back. Especially in the case of many 76ers workers, who according to Wojnarowski, are skeptical of their job security during this time anyway.

Overall, this was a PR disaster from the start, and the rest of the NBA was smart to standby and let Philly be the guinea pig.

Other NBA owners are watching Sixers and weighing the PR fallout vs. desire to do the same with salary reductions — including some considering furloughs, staff cutbacks, etc. No owner wants to log into Twitter and see his net worth trending after announcing this kind of news.

Back to the drawing board.