The NBA is Reportedly Planning an NBA 2K Tournament with Some of the League's Biggest Stars (Update: Zach LaVine set to Compete) Skip to content 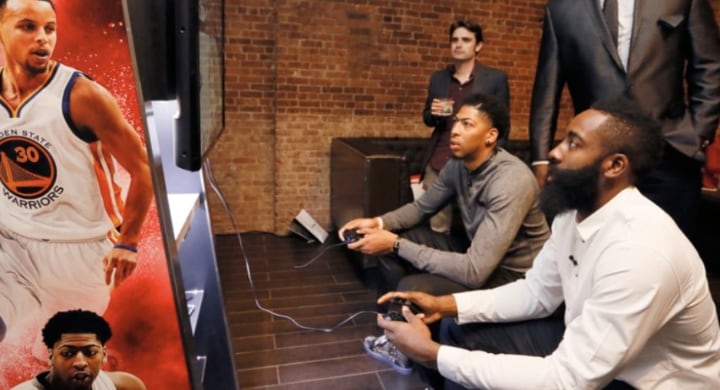 While the NBA remains on an indefinite hiatus, fans are getting antsy. And to help those of us who have no idea what to do with ourselves when there aren’t any sports, several networks (and the league, itself) are teaming up to give you, well … something.

Yahoo Sports reports that ESPN is planning an actual NBA 2K Tournament (like … the video game) with some of the league’s biggest players!

Yep. Just one day after announcing their plans to release The Last Dance documentary early, ESPN is apparently also planning to start airing a video game competition this Friday. Top-talent like Kevin Durant, Donovan Mitchell, Andre Drummond, and several others will reportedly face-off in a 16-player, 10-day tournament.

Considering how desperate I am for anything close to real sports, count me all the way in. I’m sure a lot of the logistics are still being figured out, but I have to assume we’ll be able to watch the two players spew some trash talk during the broadcast. I want things to get verbally chippy!

Also, I’m curious if each player will have to play with their respective team? Is it weird or super cool to play with your own character?

We know Coby White’s thoughts on the matter:

“I put myself in and shoot every shot.” @CobyWhite might as well be all of us when playing @NBA2K 😂 @BRGaming

Speaking of which, the NBA better hit up this man to be in the tourney! COBY WHITE FOR MVP!

.@NBA2K's "Players-Only" tournament will air starting this Friday on @ESPN. Here are the brackets – who do you think is gonna take it all? pic.twitter.com/51ltOfjeqR

Apparently, players were seeded by their 2K rating as well as their experience level in the league. LaVine – believe it or not – checks in at a familiar No. 7-overall (did they do that on purpose?). The six-year veteran will face off against second-year player DeAndre Ayton, who for some reason has the same rating as LaVine with an 85 overall. Time to show that youngster who’s boss, Zach! The tournament starts Friday!