What's a Basketball Player to Do When Basketball is Shut Down? Buy His Team, Obviously Skip to content 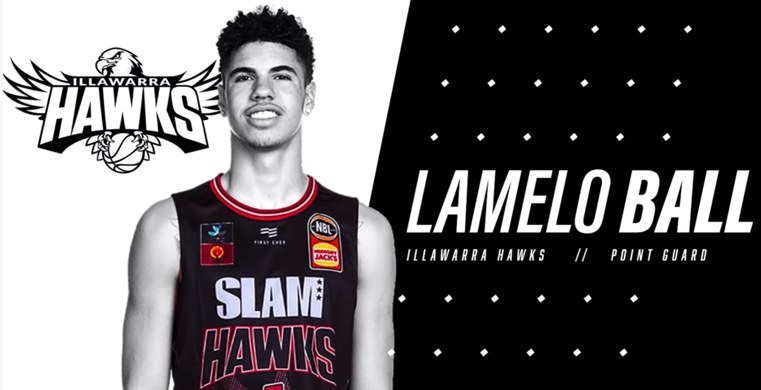 The Ball family is at it again.

Potential No. 1-overall draft pick, and youngest Ball brother, LaMelo, has bought the Illawarra Hawks of the Australian NBL. The rising star teamed up with his manager, Jermain Jackson, to purchase the team he played on throughout this past season.

Lots of good info and context here explaining what's behind this decision: https://t.co/Zy80ZmRpVu

So I guess when you get bored, you buy a basketball team, right? That’s normal?

While it’s kind of funny to think this was a quarantine-induced decision, chances are LaMelo and his agent were going to become team owners regardless. According to ESPN’s Jonathan Givony, LaMelo very much enjoyed his time in Australia over these past several months. The young guard grew a connection with the surrounding community, and when he heard financial struggles were plaguing the team, he decided to swoop in to help.

How the heck did he afford this? Good question. I mean it’s probably safe to assume the Ball family, in general, has some money to their name, and then LaMelo also received a paycheck from the NBL’s Next Stars program, which brought him to the Australian basketball league in the first place. Albeit, the money he’s getting paid to play isn’t anything special, so the dollars to get this deal done likely comes from other ventures. SBNation talked about some more specific ways LaMelo might have the cash, and also discussed how expensive the deal might have been. Apparently none of the logistics have been shared (yet), but as SBNation notes, other teams have sold from anywhere in the $5-10 million range.

I don’t know about you, but I kind of love everything about this! While I’m sure there are plenty of business reasons for LaMelo to jump on board, why would a kid from California buy an Australian basketball team if he didn’t actually care about the sport or country?

I’m sure it’ll be a bit taxing to be a team owner AND an NBA basketball player (also, he’ll be on an entirely different continent), but I guess that’s why you hire the right folks to help lead the way. Jackson told ESPN that he and LaMelo have plans to “put the organization on steroids” and make it a destination where top high school ballers can come get some professional experience. And, hey, if LaMelo sees himself go right toward the top of this year’s 2020 NBA Draft, that’s a pretty good success story to sell others.

Right now, the 6-foot-7 guard is the second-highest-rated player on ESPN’s Big Board, and practically all of the most recent mock drafts have him going somewhere in the top 5 (i.e. Bleacher Report, USA Today, Tankathon). He averaged 17.0 points, 7.6 rebounds, and 6.8 assists over the team’s first 12 games of the season before suffering a foot injury.

Anyway, does this mean if the Bulls draft him … he’ll eventually buy the team too? Hmm.