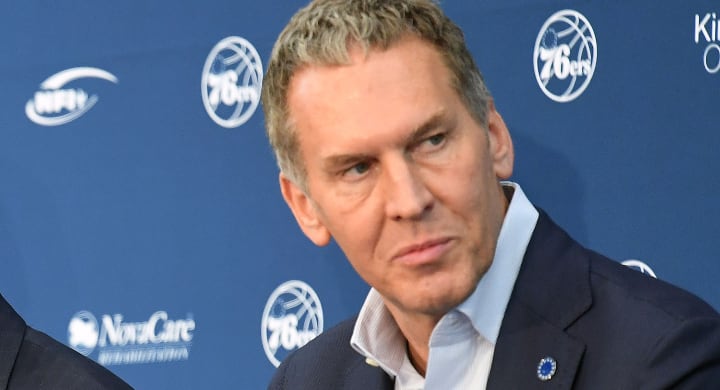 Former Atlanta Hawks GMs Danny Ferry and Wes Wilcox along with former Philadelphia 76ers president Bryan Colangelo each interviewed with the Bulls organization earlier today. Not a single one of those names had previously popped up on the potential candidate list … so color me surprised.

In addition, those three names – while experienced – have each been immersed in some form of controversy in the past.

Here’s a quick look at whom we’re dealing with:

While it’s hard to dismiss any kind of interview, I just don’t see any one of these three names walking away with the job. It is worth noting, however, that all three are currently “free agents,” which means it’s easier for the Bulls to just call them up and get a couple more interviews out of the way. I’m not saying these were all for nothing, but with Karnisovas and Zanik as clearly the top-two most qualified candidates, it doesn’t feel worth it (yet) to get hung up on these phone calls.

And most importantly, Woj seems to still be all over Karnisovas as the Bulls new hire.

Denver GM Arturas Karnisovas has made a strong impression on the Bulls in the franchise's process for a new top basketball executive, sources tell ESPN. Those conversations are ongoing. https://t.co/xQnWi4r0EE

A complete look of the Bulls candidates/list: