Build on the Core or Look to the Future? Transaction Pause Extended, Best Bulls Hairstyles, and Other Bulls Bullets Skip to content 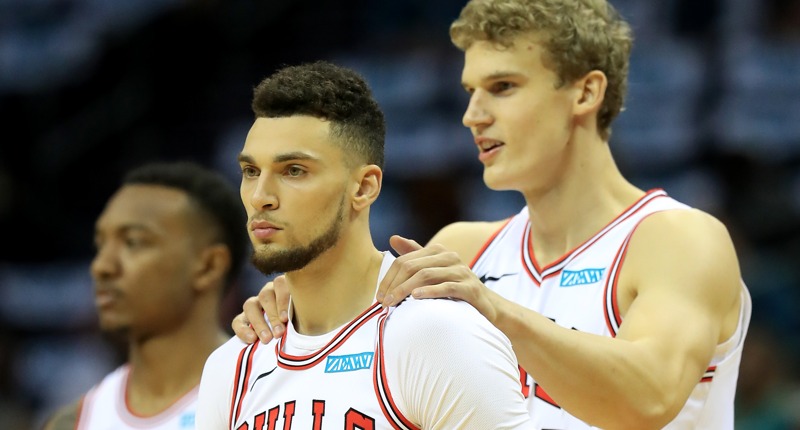 The guy played literally two games for the Bulls in 1997 in what was his only season in the NBA. And guess what? He got a ring.

Wouldn't be totally surprised if the roster totally flips. Bulls are in a rough spot, but they could have some decent assets.

Could mean a reset to the rebuild, which may take some time, but that's probably the direction I would go for long term success

The hiring of Arturas Karnisovas isn’t the end of the Bulls’ front-office makeover.@HaleyOSomething: https://t.co/IxRPcg3O0K

Thanks to @JCrossover, who I covered as a rookie 20 years ago (yikes), for coming on the Bulls Talk podcast. Jamal is doing great work in a Seattle community hit hard by COVID-19: https://t.co/TzTDJO7Uht

Just a friendly reminder from your Auntie to stay home. #StayHomeSaveLives pic.twitter.com/RpX4tgRx2i

Non-perishable food continues to be stored here to free up space in the @FoodDepository warehouse. This helps volunteers practice social distancing while making more food boxes to help feed the community. https://t.co/zqaVAuevSF pic.twitter.com/XY8z1QB68n