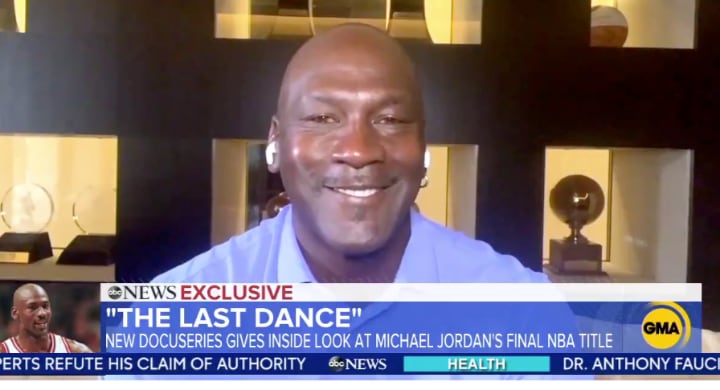 The Last Dance will make it’s long-awaited debut this Sunday when the first two episodes of the 10-part series air on ESPN.

Throughout the last week, a steady flow of teasers, articles, and reviews have filled the interwebs, and I haven’t been able to look away. Has it distracted me from doing work? Totally. But, fortunately, if anyone asks about my slacking off, my job is basically to obsess over all things Bulls … so I think it’s a valid excuse!

Anyway, I bookmarked all of the cool stuff I’ve seen online, so I can share it with y’all.

All MJ wanted to do was play … at any cost.#TheLastDance premieres this Sunday on ESPN. pic.twitter.com/ZMl7KlLrnA

ESPN and Netflix's docuseries "The Last Dance," about Michael Jordan and the Chicago Bulls, is ambitious sports storytelling at a moment we're aching for it. https://t.co/4qDkuRsIsK

“I shook everybody’s hands. Believe me, it f—ing hurt. They didn’t have to shake our hands. We knew we whooped their a–."

Inside ‘The Last Dance,’ ESPN’s Stunning Docuseries on Michael Jordan and the Bulls https://t.co/F4pfYnq0Yh

Here's the latest sneak peek of The Last Dance documentary that ESPN is releasing…plus @PaulPierce34, @WindhorstESPN and I on how we'll best remember the 90s Bulls. pic.twitter.com/yGRQrbM7kl

So Mike was talking sneakers and I was talking politics and Mike was being Mike and this is the real story in anticipation of the Last Dance documentary. https://t.co/yT6RIGpM92