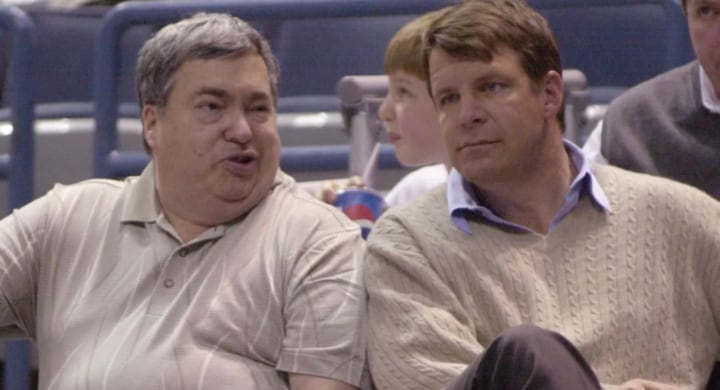 Former Bulls head coach (and former enemy of the people No. 1) Tim Floyd has made his way around the airwaves over the last couple of days. At first, I stayed out of it. The Bulls have made me happy recently with this front office overhaul and awesome documentary, so why damage my spirits by revisiting arguably the team’s darkest days?

Well, here I am. Floyd’s name kept popping up on my social media timeline as he interviewed with ESPN in Baton Rouge, then 670 The Score, and then ESPN 1000. I couldn’t resist.

Floyd has basically been out defending his honor and the late Bulls GM Jerry Krause (which … fair). The two built quite the relationship with one another during the franchise’s three-peat, one that eventually led to Floyd taking over the Bulls after the 1997-98 season. In the most recent episodes of The Last Dance, we learned a lot about Krause’s urge to get rid of Bulls head coach Phil Jackson. He wanted to replace him with Floyd even though the Bulls were, ya know, in the midst of being the greatest team of all-time.

Anyway, when Floyd hopped on the radio in Baton Rouge earlier this week, he muddied-up the whole story further. Floyd said that during the 1996 Finals Jerry Reindorf flew him out to Seattle to watch a game and talk about the head coaching job.

“Anyhow, I told Jerry Reinsdorf that day, I don’t think Jerry [Krause] understands that these guys are basically the Beatles. This is the most popular franchise of all time. I said, ‘If I’m you, I would not do this. Not even the following year. Let it die a natural death because there are certain teams and players that you just don’t break up. I think these guys have earned the right to let it die its own death'” (via ESPN).

On 670 The Score and ESPN 1000, Floyd basically tells this story over again. And, to be clear, the vibe I’m getting is that Reinsdorf was by no means ready to call a quits. In fact, Floyd says Reinsdorf asked him to tell Krause the same exact thing about letting the current foundation “die a natural death.” To me, it just sounds like Krause was so obsessed with Floyd that Reinsdorf knew the only way to keep this thing going was for Floyd to speak up.

“I told Jerry Krause, and he said you don’t understand, I can’t do it. I don’t want to work with Phil again. I said, ‘Why don’t you work downtown and let Phil work out of the other place [facility]?’ Y’all just stay the hell away from each other because it’s working” (via ESPN).

I mean, it’s just crazy to think Krause wanted to end this thing two championships early, especially when he was such a major part of building the success. It’s also crazy how long this Floyd-Krause relationship went on for. During his interview with Waddle & Silvy on ESPN 1000, the former Iowa State head coach said he first met Krause in 1988, and it was then that he basically told Floyd “one day you’ll be coaching the Chicago Bulls.” And from that day on, they talked once a week or something crazy like that. Basically, Krause was planning this thing for a whole decade, which I guess is impressive, but also super nutty? I don’t know, this whole situation is whack.

Meanwhile, Floyd also briefly opened up but what it was like once he finally did become head coach (and went 49-190). He talked about the team’s rebuilding efforts, and flat-out said the Bulls were riding the tank-train.

“We all recognized that if we finished 14th or 15thin in the draft sequence, we’re going to be a mediocre franchise with mediocre teams. To win championships again we’re going to have to be very very bad … which we accomplished that, we were not very good.”

The Bulls goal was to rebuild through the draft, but – clearly – that didn’t pan out. Floyd also went on some long rant about the NBA’s collective bargaining agreement at the time, and how that, combined with constant losing, didn’t allow for the Bulls to land any free agents. Basically, he kind of made sense and didn’t all at the same time.

If you want to put yourself through any of the interviews, go here for ESPN 1000’s and here for 670 The Score’s.