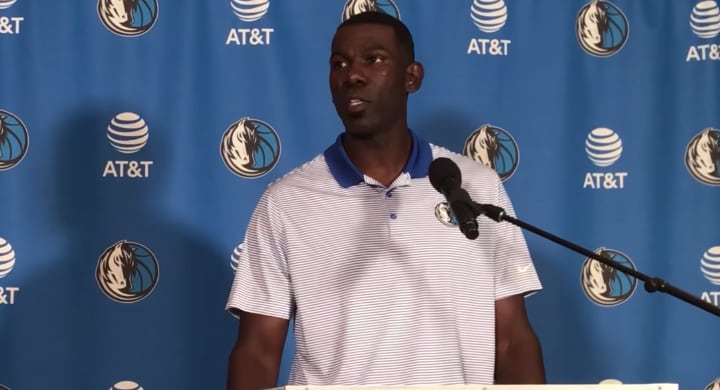 We were all spoiled when the Bulls took four days to hire Arturas Karnisovas as their executive vice president of basketball operations. Since the official announcement came down on April 13th, Karnisovas has been quietly tucked away searching for his No. 2. Updates have come in tiny waves, to be sure, but we have yet to hear of any clear front-runner.

While I’m anxious to see this front office revamp continue in full force, I’m also happy to see Karnisovas taking his time. With the season on hiatus, this is the epitome of a “no rush” situation, where an extensive evaluation process can be put to good use. Still, I do want to know what’s going on. And fortunately, a potential timeline and general scope is beginning to emerge.

Earlier today, the Sun-Times reported that this search could “carry through at least next week,” and offered some insight on the names with which Karnisovas has already spoken: Clippers assistant GM Mark Hughes, 76ers senior VP of player personnel Marc Eversley, Magic assistant GM Matt Lloyd, and Mavericks VP of basketball operations Michael Finley have all reportedly picked up the phone (or zoom call) to talk about the opening.

And if those names sound familiar, they should. Hughes, Eversley, and Lloyd were the first three candidates revealed back on April 14th. Later, Finley entered the mix, when ESPN’s Tim MacMahon announced his interview with the Bulls on April 17th. According to the Sun-Times, one source said Finley left quite the impression on Karnisovas, which is notable, but not quite enough to call him the clear-cut favorite just yet.

Regardless, this all makes me a happy camper. I still think Finley is one of the most fun candidates on the board. His executive experience may not be as extensive as the other options, but his long career in the NBA (1995-2010) makes him plenty intriguing. Not to mention, he’s quickly moved his way up the Mavericks organization and proved he’s worthy of a spot at the head of the table (oh, and his hometown roots are cool).

Anyway, chances are there are several other names we don’t know about on the Bulls list. If the process is set to continue through next week, as the Sun-Times states, Karnisovas probably still wants to speak with new candidates. I suppose it’s possible he’s ready to move on to the second-round interview, but I feel like we would’ve gotten some kind of hint at a finalists list if that was the case.

While we’re at it, remember that deleted report from yesterday about agent Austin Brown possibly being in the mix? Yeah, well the Sun-Times says Brown’s name WAS in the mix but made sure to mention – yet again – that there is no front-runner. Also, his name obviously wasn’t among those who already had an interview, so either Brown is a complete secret or just someone who came up in a meeting once.

The only folks we should pay attention to right now are the ones who interviewed, and other than Lloyd (I just don’t love the previous Bulls connection), I feel like I could 100 percent get behind anyone on that list. Good problem to have!