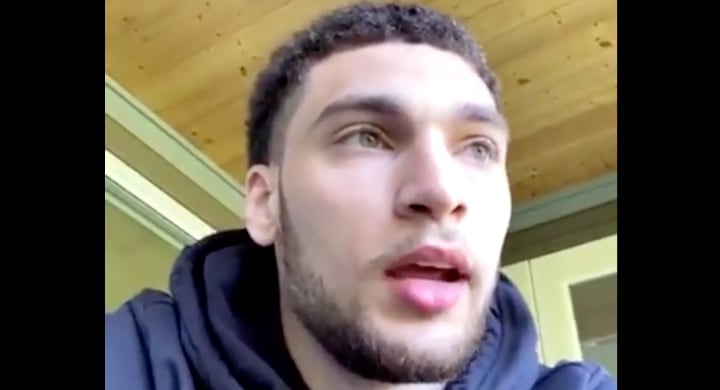 Even with games suspended, April 2020 will be a month that goes down in Chicago Bulls history.

In an interview with Alex Kennedy of USA Today’s HoopsHype, LaVine opened-up about the Bulls front office shake-up.

Yeah, I’ve talked to them both [Karnisovas and Eversley] and I’m extremely excited to get to working with them. It’s something that I think we needed – a switch-up so that the Bulls fans can see that we’re looking in the right direction and getting better. Obviously, we all love the work that Gar [Forman] and Pax (John Paxson) have done for us and the city of Chicago. I think the fans sometimes give them a hard time because they want the results here and now, but it’s hard to do that in sports. It really is. They had a really good run at it, and they’re still beloved. Obviously, I’m just excited to get this started and get right into it.

Wow, his opener was pretty honest. Obviously, players understand the perception of the organization (after all, Zach LaVine literally sat in front of a crowd screaming “FIRE GARPAX” on national television), and I’m sure it’s been a constant burden on them over the past couple of seasons. While all of us knew this change was needed, I find it refreshing that even LaVine can straight-up come out and say “it’s something that I think we needed.”

Also, his comments about the team now “looking in the right direction” seems to indicate that, prior to this, he knew they weren’t. He may go on to praise the GarPax regime, but I find that to be more of a formality than anything truly genuine (which is okay!). Throughout the entirety of this season, we could see the frustration on his face. Sure, a lot of it seems like it has to do with Boylen and the team performance, but I also wouldn’t be surprised if he’s fed up with everything from the top to the bottom.

LaVine often discusses his urge to become a winning player (and he touched on that again in this interview with Kennedy). But while he must continue to improve on his own, this organization hasn’t put him or this team in a situation to be successful. And once players realize that, there’s really no turning back. Instead, you just watch a defeated and frustrated group of otherwise talented players flounder around their conference, which is exactly what we saw throughout the bulk of this season.

The Bulls previous front office (so fun to say that) put this team in a horrible position from the get-go. On Media Day, they told Chicago that their goal was to make the playoffs and to prepare every day like they were a playoff team. With a 4-10 start to the season, we immediately saw this goal wasn’t achievable, and it seems like LaVine understands this whole thing was flawed from the beginning.

A part of that is on the players, but the other part is on management. An organization shouldn’t instill false hope, and for the past several years that’s all they’ve been doing. In a lot of ways, that’s why I think LaVine is truly excited to work alongside Karnisovas and Eversley. The guy is ready to work with a front office that is as honest and hard-working as he is.