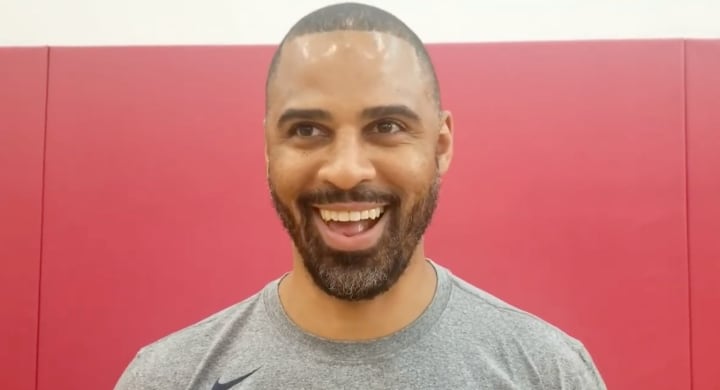 If the Chicago Bulls hand Jim Boylen a pink slip, he’ll be completely caught off guard.

Yup, the head coach feels as confident about his future with the team as Michael Jordan did at the free-throw line with his eyes closed. However, unlike Mike, Boylen’s about to shoot the ball into the fourth row and off an old lady’s head (Michael: LOL … that visual!).

What comes next, then, should be quite clear – Boylen will become a casualty of the broader organizational overhaul – even as he continues to wax confidence every step of the way. At The Athletic, Darnell Mayberry wrote more about the on-going Boylen situation, sharing that some high-ranking faces across the league do not see a future for Boylen in Chi-town:

Multiple rival executives who spoke to The Athletic on the condition of anonymity anticipate that is what the Bulls eventually will do, whether in the coming days or whenever the NBA announces plans for continuing or canceling its interrupted regular season.

While we’ve all anticipated this for weeks (and hoped it into existence for much longer than that), it’s admittedly reassuring to hear connected minds in various NBA circles agree. Indeed, this rings true to the thought process we’ve heard and discussed a number of times already: Boylen might hang around until an official decision on the season is made, but that doesn’t make a difference in his long-term job security. It’s only a matter of time before Arturas Karnisovas and Marc Eversley begin a search for their new head coach.

So far, the potential list of candidates has been mostly speculative, with popular names like Kenny Atkinson and Adrian Griffin headlining the pool of attractive targets. But note that Mayberry specifically mentioned Griffin as a candidate to keep an eye on, while also adding a new name to the mix: “Two current assistant coaches are standing out as increasingly possible Boylen replacements whenever the job may open: Toronto’s Adrian Griffin and Philadelphia’s Ime Udoka.”

We’ve discussed Griffin before, but Udoka is new.

Udoka, 42, is an up-and-coming mind in the NBA coaching world. He spent seven seasons in the NBA before taking an assistant coaching role with Greg Popovich and the San Antonio Spurs in 2012. Then, in 2019, Udoka left the organization to become one of the league’s highest-paid assistants with the Philadelphia 76ers. Mayberry says with Eversley now on his way from Philly to the Windy City, it makes all the more sense for the Bulls to have an eye locked on Udoka when (or I guess I have to say “if”) a coaching search begins.

With that said, Griffin has ties with Karnisovas and the Bulls, as well (he played with Karnisovas in college, played for the Bulls in the 2000s, and sat as an assistant coach with Scott Skiles and Tom Thibodeau in the 2010s), so both these guys certainly feel like important names to watch.

Part of me does still want a “proven” head coach, but this is also a team transitioning to an entirely new era. Not only do the Bulls kind of need a “bridge guy,” but sometimes, hiring a young, first-time coach can be exactly what an organization needs. I know the organization has tried and failed at this over the last several years, but Gar Forman and John Paxson were also the two in charge of those decisions. Until proven otherwise, I’ll trust Karnisovas to make the right move. Griffin and Udoka are both coaches who should be able to connect well with players, and I’d be happy to see both on the list of candidates.

Can Nikola Vucevic Find His 3-Point Shooting Stroke Before Next Season?

NBA Playoffs Update: “Tobias Harris Over ME?!” Luka Dončić Did it Again, More