Finally, a Bulls Leader Who REALLY Wants to Invest in Player Development Skip to content 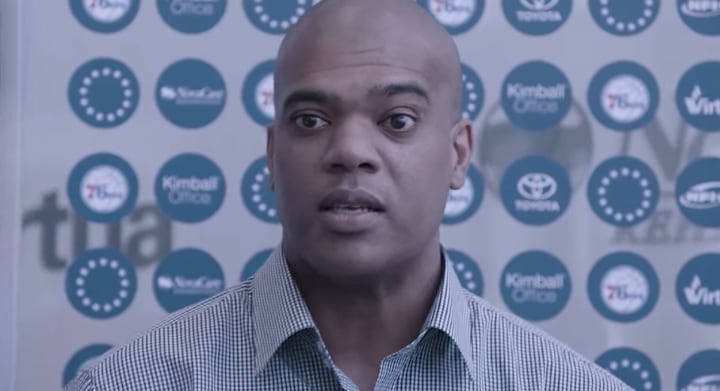 I feel like a dog in endless pursuit of a beaten up plush frog that just won’t stop giving me the stink eye. I’m snarling and hopping back and forth like an idiot as it’s dangled just above my snout. Right when I think I finally get my doggy fangs pierced into its stupid froggy smile, it’s ripped from my reach. Curse you, elusive frog!

Finally – after what feels like years – I capture my reward. I shake my head back and forth to assert my dominance, throw it on the ground, and then … uh … wait,  what do I do with it now?

Welcome to the post-GarPax world. A place where we finally got what we wanted, but have no clue what comes next. If you’re a dog, the answer is pretty simple: Your owner picks up the toy and throws you immediately back into a fit of rage. If you’re us, not so much. Sure, I’m incredibly excited to have two new front office leaders at the helm of this organization, but so much new means there is so much unknown.

It’s time to decide what we want next. Of course, it’s easy to say a “superstar” or a “championship,” but perhaps we should take things down a notch – start simple, ya know? Instead of trying to lead off with a home run, let’s just try to get on base. Indeed, it sounds like new Bulls general manager Marc Eversley is on that very same page.

Since his introductory press conference last Friday, Eversley has made one thing clear: revamping the Bulls player development department is a priority. He wants this to be the Bulls first next step, and it’s exactly what we should want, as well:

“Obviously, player development I think is an area that we need to focus in on,” Eversley told BullsTV’s Chuck Swirsky. “Only having one player development person on staff is, in my eyes, not ideal. I would like to beef up that department. Obviously, that’s going to take some buy-in from the coaches, players, and it’s really for us in the front office to drive that. But I think player development is an area we can really really improve in, especially with the limited flexibility we have this summer.”

Is it just me or do you think it was probably hilarious when Eversley realized an organization that based an entire rebuild on acquiring young talent only had one player development person on staff?

Anyway, Eversley elaborated a bit more on this point in his 1-on-1 interview with NBC Sports Chicago’s K.C. Johnson, so give it a read:

The fact of the matter is there is very little this front office can do over the next couple of months to dramatically improve this roster. After all, money isn’t on their side until Otto Porter is off the payroll, and their theoretically available talent isn’t worth a whole lot on the trade market (lest they begin a full rebuild anew).

No, the smarter idea is to build on the decent foundation already in place. And while we haven’t been given many reasons to trust this young core just yet, that doesn’t mean they’re hopeless. Far from it. In addition to countless, consistent injuries, a generally toxic environment, and more than their fair share of bad coaching, none of these young Bulls players have been put in the best position to succeed (again, there was only one freakin’ player development person on staff, people!).

Also, as a unit, these four players (Zach LaVine, Wendell Carter Jr., Lauri Markkanen, and Coby White) have clocked only 125 total minutes together. We still have no idea what this group can accomplish, and we’ll never know the answer to that question if the Bulls don’t invest heavily in a player development department.

Eversley knows the sooner Chicago addresses this issue, the sooner they can truly evaluate the direction of this organization. And even if a revamped player development crew doesn’t turn one of these young core members into a “star” (we shouldn’t expect it to), the organization will still be set up much better for the long run.

Some of the most successful organizations in the NBA right now (i.e. the Blazers, Nuggets, Raptors) have become a development-mill. These teams proficiently develop key role players used in the creation of a consistent playoff contenders. Sometimes, this means directly using these players in your rotation. Other times, it means trading them away for even better assets. Either way, it’s a win-win, but it starts with development.

The moral of the story is this: Today’s league is young and full of talent, and the less a franchise focuses on this side of their basketball operations, the further behind they’ll fall (*ahem*). So, no matter how you look at it, Chicago’s future very much lies in the hands of improved player development.