Jordan's Greatest Defeat, Immediate Benefits of Moving on from Boylen, Eversley's Optimism, and Other Bulls Bullets Skip to content 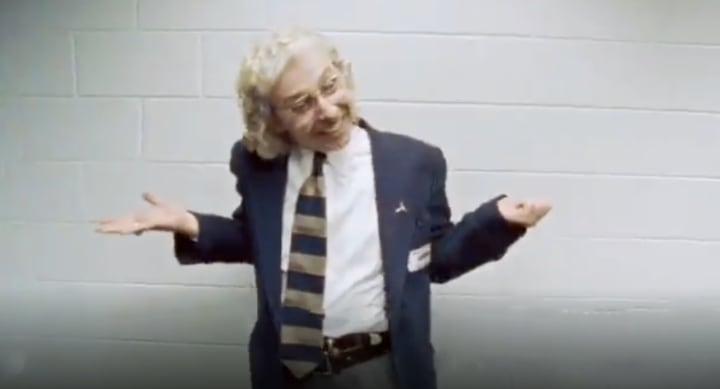 Stuck in my head all morning. pic.twitter.com/y6JHsmXKiB

Ha, now it’s stuck in both of our heads!

•   Does The Last Dance make anyone else super hungry? No, I’m not talking about devouring an Italian beef or slice of deep dish (though I’m always down). I’m talking about a rediscovered hunger for winning basketball. While I’ve longed for competitive play since the Derrick Rose era came to an abrupt end, I’d be lying if I said I haven’t grown immune to the Bulls persistent mediocrity. Any feeling of realistic optimism has been replaced with false hope over the past several seasons, and it’s forced fans to go from passionately frustrated to downright not giving a crap. Fortunately, this is one of the many areas where new Bulls general manager Marc Eversley can work his magic.

•   While he’s made his interview rounds over the last couple of days, Eversley hasn’t shied away from addressing the Bulls fall from grace. In his introductory press conference on Friday and on 670 The Score this morning, Eversley made it very clear that he wants to see the Bulls brand become “cool again.” In a lot of ways, I don’t think that goal will be all that hard to accomplish. Not only is The Last Dance opening a whole new generation’s eyes to the history of the franchise, but its also re-energizing a lot of the fan base that’s been in hibernation for so long. Add even the idea of a revamped front office into people’s minds, and the organization should be riding quite the wave into next season. Sooooo … Eversley has gotten a great assist, but it’s now his job to knock down the shot.

•   The goal next season should be to show immediate improvement. Eversley has sounded optimistic about the talent on the Bulls roster, and he’s already jumped headfirst into trying to figure out how to make it all click:  “It’s a lot of deep dives into what happened,” Eversley said on 670 The Score’s Mully and Haugh Show. “How does a team with this kind of talent win 22 games? It’s embracing phone calls, embracing zoom phone calls, it’s making the best of what we have right now in knowing that we are no far worse off than any other team.”

•   The Bulls may not have been the clear-cut playoff team GarPax tried to sell us, but they’re better than the record showed. A ton of NBA analysts and experts picked the Bulls as a playoff contender this offseason, and that doesn’t just happen. The talent was (and still is) there. The leadership isn’t. Freelancer Stephen Noah wrote a bit more about this, and why Boylen’s departure alone could finally help the Bulls solve the winning formula. I strongly agree.

This week on Patreon (free to read): I'm optimistic that the Bulls are going to see a significant uptick in wins once they move on from Boylen. Here's my reasoning. https://t.co/5oOtbuSYSH

•   And please don’t take this as anyone saying the Bulls will be great *solely* by adding a new head coach. Everyone out there still knows this team is desperate for a star. However, one great way to land a star is by establishing a competitive foundation. Removing Boylen all together and fighting into the 7th or 8th seed with a young core can sometimes be as valuable as a No. 1 overall pick. In today’s NBA, all it takes is one solid season (and a somewhat stable FO) to catch a player’s eye. Do that, and all of a sudden you’re a free agent destination.

The pacing in #TheLastDance is incredible, in part because they don’t stray from the core topics. But, man, in the doc Magic goes from playing against Michael in the 91 Finals to working the 92 Finals for NBC with no mention of the monumental event that happened in between

•   I’ve thought about this a lot over the first six episodes. The pace and structure of this documentary is incredibly impressive. Director Jason Hehir’s ability to skip between years yet maintain one overarching point shouldn’t be missed. Over here at BN, Michael has always said to look at our content as one never-ending story. One post today could tie into a post from a year ago, and I feel like that’s exactly how this documentary has been approached. Everything is connected in one way or another, and it allows for this constant flow of conversation.

•   NEXT WEEK IS GOING TO BE LIT (#That’sWhatTheKidsSay)

"I just haul off and hit him right in the f—ing eye. And Phil just throws me out of practice."

•   “Shrugging after winning a bet against Michael Jordan” is an entirely new level of confidence.

This security dude hit Michael Jordan with the Jordan shrug after winning at quarters! #TheLastDance pic.twitter.com/yxFs2kcVnm

•   Sadly, that bodyguard (and absolute LEGEND), John Michael Wozniak, passed away earlier this year. You can read much more about him at The Athletic.

•   I’ve seen this bucket before, but when they showed it last night my jaw still dropped to the floor. Insane.

•   Sending love and good vibes to the King family. Please, remember to stay safe out there.

I lost my older brother Lamoyne King yesterday morning to this deadly coronavirus so please take the necessary precautions to protect you & your loved ones. Stay inside, continue to practice social distancing & wear a mask. This disease is REAL people. #staysafe🙏🏾