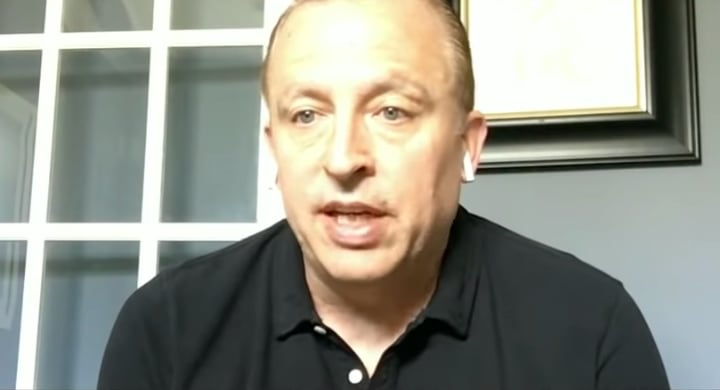 Derrick Rose’s tragic injury in Game 1 of the 2012 NBA Playoffs is arguably one of the touchiest subjects in Chicago sports history. In fact, rumor has it, the moment it’s mentioned in any conversation a random storm cloud appears over an unsuspecting Bulls fan’s head. Oh crap, sorry someone.

With a healthy Rose at the helm of the Bulls, it truly felt like they were destined for greatness. After all, he was the youngest MVP in NBA history and led his team to a brilliant 62-20 record during the 2010-11 season. I mean, at only 22 years old, he was getting Eastern Conference Finals experience for crying out loud! There’s that rain cloud again.

So with all that in the back of our head, we’ll forever be stuck asking ourselves “What if Rose never got hurt?”

While it may not make you feel any better, it’s at least comforting to know Tom Thibodeau has pondered the same question. The former Bulls head coach went on ESPN’s First Take to address some recent coaching rumors, and while in the midst of conversation, Thibodeau mentioned what he thinks the ultimate fate of the Rose-led Bulls would’ve been.

And for your reading pleasure:

“In Chicago, we had the best record in the league two years in a row. We had Derrick Rose, who was the youngest MVP in the league. And that team had a great chance to win a championship. And unfortunately, Derrick got hurt, but if Derrick didn’t get hurt I thought we would have been champions.”

After you finish crying, what are your thoughts?

Personally, with how successful Rose and this entire team was in the early 2010s, it’s almost impossible to completely shut down the idea of them eventually hoisting the Larry O’Brien Trophy. However, at the same time, the Miami Heat were very much on the rise. The Big 3 made it to four consecutive NBA Finals, so it’s also not ridiculous to think the Bulls would have missed their window.

Sure, I’d imagine we’d see a Bulls-Heat Eastern Conference Finals a couple of more times, but I’m not confident the Bulls would have ever won a seven-game series. It just feels like that team would have needed one more big-time free agent to truly put up a fight … and we all knew that wasn’t going to happen with the GarPax regime *sigh.* (Michael: Who knows? Perhaps enough winning would have attracted the right … *ducks*)

Hey, you can never say never in the NBA though, right? And you can also never say never when you’re dealing with complete hypotheticals! So go ahead and believe whatever makes all of this hurt less!