The GOAT Momma, No Thanks on a Markkanen Trade Proposal, Game Worn Jordan Jersey, and Other Bulls Bullets Skip to content 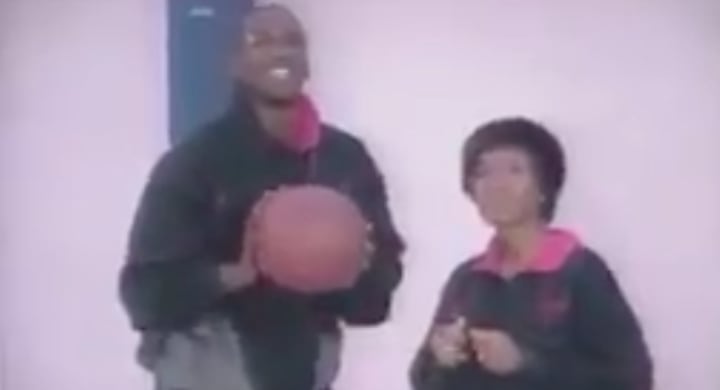 I know many of us can’t connect with our family members in the same way we normally would today, but remember to still share the love. Mothers make the world go round!

•   I’m a sucker for the “I love mom” section of a player’s acceptance speech. I mean, just look at how Derrick Rose pauses all emotional … he’s about to have me crying!

We may never have had Air Jordans as we know them if not for Deloris Jordan. Mothers always know best ❤️ #MothersDay #TheLastDance

•   Always remember where MJ got his skills from …

MJ’s mom showed him how to dunk. 🙌😂#MothersDay pic.twitter.com/ViBHr26Syz

•   According to Bleacher Report’s Greg Swartz, Lauri Markkanen is a damsel in distress. He shared seven trade ideas to rescue some of the top young talents in the league, and he has The Finnisher landing in Portland in return for Zach Collins, Nassir Little, and a 2022 second-round pick. First of all … no. I wouldn’t consider trading him right now while his value is so low, especially for two power forwards who seem to have a lower ceiling than he does in the first place. Second of all … I completely understand why Markkanen is on another imaginary trade list. Not only did he hit a brick wall this season, but there have been plenty of rumors about his less-than-perfect opinion of this organization. However, this was all before the front office shake-up. Once the Bulls finish off the culture-change and fire Jim Boylen, I think it’s very possible we see an improved (and happier) Markkanen, especially with the plans to invest in a much better player development department.

•  I don’t think anyone can deny Markkanen’s size and skill set is still extremely intriguing. The fact of the matter is, the Bulls have used him horribly and, thus, crushed his confidence. With the right foundation in place, I think it’s more than fair to believe he can turn into the same elite power forward the Bulls believed they drafted. While I think we probably read too much into his insane February 2019 (26.5 points and 12.6 rebounds over an 11-game span), he still nearly averaged a double-double on the year with 18.7 points and 9.0 rebounds a game. The dropoff we’ve seen this season isn’t because “the guy sucks,” it’s because the circumstances around him do. To save myself from too much frustration, I’ve lowered my general expectations for him a bit, but I still have high hopes he can become a very solid starter in this league. I think I’ll plan to have a much more in-depth discussion/deep dive on Markkanen sometime soon. He’s an interesting topic.

•   I’m just going to turn this into a Spotify playlist.

If you need me I'll be bawling my eyes out for the rest of the day pic.twitter.com/QyFr33a2EM

A special look at how basketball and the MJ era have impacted the culture of Chicago. @VinceGoodwill: pic.twitter.com/1QS3daV0pk

•   Everyone on the court knew Jordan’s shot was going in and there was nothing they could do about it. All of the Hornets players aren’t even mad, they’re just like “eh, whaddya gonna do?”

•   ESPN’s Eric Woodyard wrote about the one thing Michael Jordan and Denzel Valentine have in common: No. 45.

•   Pssssh, I know the feeling, Brandon. I still can’t believe Jordan came up to me s at a Cubs game to say he’s such a huge fan of my work at Bleacher Nation (shut up, that definitely happened).