Which Current Bulls Player Would Make the Best Teammate for Michael Jordan? Skip to content 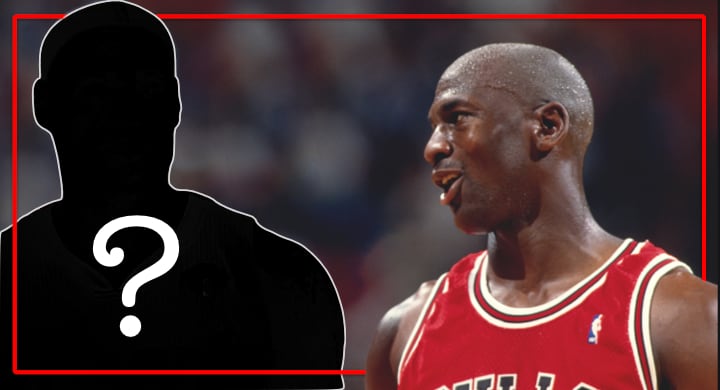 Throughout the first eight episodes of The Last Dance, it’s been clear how much Michael Jordan’s teammates respected him. Indeed, even as many of those players clearly suffered more than their fair share of emotional (and sometimes physical) stress in his presence, it sure seems like they wouldn’t trade that experience for the world.

Likewise, we’ve seen Jordan share plenty of thoughts on his fellow hoopers. And while he may still have his gripes about some, he’s shown nothing but appreciation for his former teammates (… even Scott Burrell!).

And that all got me thinking … Which current Bulls player would make the best Michael Jordan teammate?

Let’s imagine someone in the 90s Bulls rotation got hurt and the only possible way to fill that spot was for Jordan to get in a time machine, come to 2020, and take one current Bulls player with him. Who would that be?

A quality Jordan teammate has to check a handful of important boxes, so to make sure we’re all on the same page, let’s take a look at some of the qualities I’m considering:

•   Needs to have an insane work ethic: You’ll come in on your day off. Jordan is all about the grind, and he’s only going to respect a player who operates the same way.

•   Needs to be prepared to punch someone in the face: I’m not saying Jordan would necessarily condone his teammate attacking another player, but he most definitely wants someone who is willing.

•   Needs to be prepared to be punched in the face: Sometimes Jordan might feel the sudden urge to pop you upside the head, and you just have to shake it off like it’s part of the job. I mean, while Jordan might regret force-feeding Steve Kerr’s eye a knuckle sandwich, he respected the heck out of Kerr after it happened because he didn’t back down (pertains to the above note) and took the punch like a warrior (pun intended).

•   Needs to be durable: Jordan has plenty of teammates who missed time, but his most important teammates were always ready for the playoffs and were on the court for a crazy amount of time.

•   Needs to take verbal abuse well: Jordan will call you … something bad at some point.

•   Needs to be reliable in the clutch: When the opposing team decides to 5-team Jordan as time expires, you need to be capable of hitting that game-winning bucket.

I think this pretty much covers our bases.

Now, let’s decide which Bulls players we can rule out immediately. Chandler Hutchison, Luke Kornet, Adam Mokoka, and Cristiano Felico are all off the table. I shouldn’t really have to explain why.

Otto Porter has the all-around skill set we’re targeting, but his durability is completely shot at this point. And if we’re taking him out of the mix for that reason, then we should probably take out Wendell Carter Jr., as well. You. need to prove you can stay on the court before playing with the GOAT.

Meanwhile, I just can’t envision Zach LaVine doing the little things. I’m sure Jordan would respect his natural athleticism and scoring ability, but he hasn’t been in that supplementary role in his career yet, so we can’t trust him to work well next to Jordan. Plus, he might try too hard to be the alpha … and that’s not gonna fly.

To the opposite effect, Tomas Satoransky might not be enough of an alpha. He deferred all season long, and I can’t see him challenging Jordan enough to get on his good side. Honestly, if I considered other criteria, he might be closer to the top of my list … but he just isn’t dog enough for me right now.

Speaking of which, no way Coby White punches anyone in the face yet; he’s Chicago’s sweetheart. Oh, and he’s also 20-years-old and still ridiculously raw. Jordan doesn’t have time to take someone under his wing. Sorry, Coby.

Believe it or not, Denzel Valentine kind of fits the mold. He is an underrated passer and could very well be the type to hit a clutch 3-pointer at the end of the game. However, he’s coming off a reconstructed ankle, and I don’t see him taking Jordan’s criticism too well … so I think he’s out. On the other hand, Ryan Arcidiacono gives me the vibe that he would take constant insults and a punch to the face like a trooper. Although, once again, I have to ask: Would he deliver the punch? No. I don’t think so.

All right, we have two players remaining … Shaquille Harrison and Daniel Gafford. Don’t lie, you can see both being a pretty darn good Jordan teammate. Both are aggressive, hard-working players who have done nothing but fill their roles adequately. However – drum roll, please – I’m taking Gafford.

Sure, he might be a rookie, but he was the most efficient player on the team this season. He looks to catch a body every single time he’s on the court, and while he may not be able to hit an outside shot for the win, I could see him nailing the game-winning layup. In every interview I’ve seen from Gafford, he’s an incredibly sweet guy, but I also wouldn’t want to piss him off. He’s just a beast, and, with talk like this, I have no doubt Jordan would come to trust him real quick: “Whenever I get on the floor, I go all out,” Gafford said after he dropped 21 points on the Bucks (a team with, ya know, pretty good big men). “When it comes to dunks, when it comes to rebounds, whatever it comes to, I’m going to go all out.”

I love it, and so would Jordan.

UPDATE: I’m dumb and somehow forgot to include Thaddeus Young. In a lot of ways, he would make an extremely solid MJ teammate. Not only has he proven to be extremely durable, but he’s been considered a consistent veteran role players who 100 percent can do all the little things. And while I’m not sure he plays with as big of a chip on his shoulder as a guy like Gafford, he showed this season that he isn’t afraid to speak his mind. Anyway, so if you want to say Young, I think I’m cool with that. Also, just to clarify, this whole post was more about what current Bulls play Jordan would hate the least as opposed to who would actually fit with his style of play. If you’re basing things off strictly gameplay, that’s another discussion.