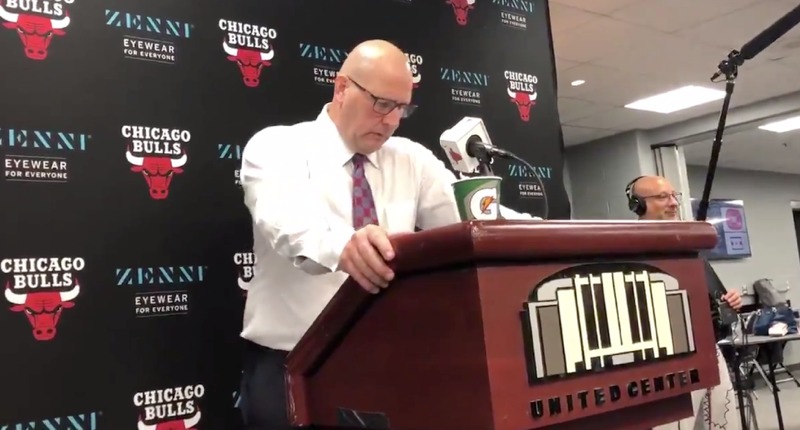 As far as I’m concerned, head coach Jim Boylen has had one foot out the door since the moment Arturas Karnisovas officially arrived as the Bulls new executive vice president of basketball operations. And indeed, the only reason his other foot hasn’t caught up with him is because the entire league is on an unscheduled, indefinite hiatus. But perhaps that decision really is all but official.

From everything we’ve heard thus far, Karnisovas and new GM Marc Eversley are two executives who do things by the book. They adore structure and follow a strict method of evaluation-before-planning and planning-before-action, something they made clear during their respective introductory press conferences. Point being, so far, neither has been able to evaluate Boylen in person, let alone meet him face-to-face. So it’s not hard to understand why no official, public decision has been made.

Still, sitting in the gym with him would be nothing more than a formality. We all know that shaking Boylen’s hand (or bumping his elbow) wouldn’t have saved his job. It’s simply time to move on, and according to the Sun-Times’ Joe Cowley, it sounds like the Bulls are finally prepared to do exactly that (emphasis mine):

“I think once the NBA officially makes its decision, then the front office will make the decision and from what I’m hearing the decision is going to be that they’re moving on from Jim Boylen and the coaching staff,” Cowley told Dan Bernstein on 670 The Score. “And there’s members of the coaching staff right now that feel that way because there are a couple that I know personally that have already checked out or are already looking on other jobs … so they kind of feel the decision is made.”

His staff is already looking for other jobs!? Sound the buzzer, it’s over.

Again, ideally, Boylen could be given the respect of an in-person evaluation of his actual coaching, but unusual times call for unusual measures. Karnisovas and Eversley, like all of us, have seen and heard enough to know he doesn’t fit with the future of this franchise. Remember, key players on the team have already “ripped” the head coach to the new front office leadership. At this point, avoid the awkwardness of an in-person team meet-up and call it a quits.

In fact, this is the perfect way for both front-office leaders to prove they’re prepared to run a players-first organization. If the players have already confirmed they don’t want him there, then don’t have him there when they get back.

Through all of this, while the assistants have somehow received the message, Boylen still hasn’t. Cowley says the almost-former head coach remains hopeful he’ll be back next season. The Reinsdorfs and John Paxson have shown him nothing but support, but their voice doesn’t (or shouldn’t) matter. Moreover, I genuinely believe they know it’s best for the team to move on. I’d guess they just thought “Why be the bad guy?” if they don’t have to be.

We may not know how many days remain until the fate of the season is decided, but whatever that number happens to be, it seems that’s how many days left Boylen has as head coach of the Chicago Bulls. 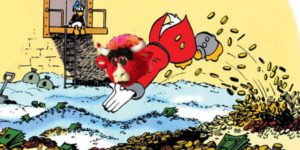