"We Could've Won Seven" ... And Other Bulls Bullets
Search
Skip to content 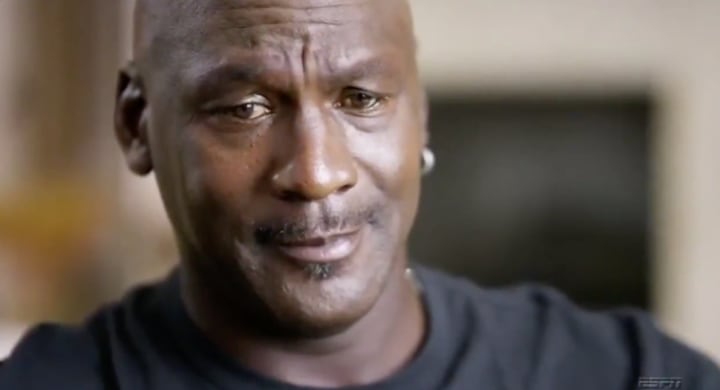 I’m still processing all my thoughts from The Last Dance, so don’t be surprised if I share some reactions/observations over the next couple of bullets.

•   Around 9:55 last night, we got closure … or perhaps it was a lack thereof? In episode 10 of The Last Dance, Michael Jordan finally addressed the docuseries’ biggest question: Should this have ever been the last dance? I’m not sure what I expected. While I assumed he would have wanted more championships, I thought maybe in retrospect he wouldn’t be as bitter about the dynasty’s untimely end. After all, the guy got six freakin’ rings and sees a goat any time he looks in the mirror. Well, if this documentary taught us anything, it’s that Jordan will hold a grudge. Often, this trait can come with negative connotations, but for His Airness, there is just something so loveable about his long-time stubbornness.

•   His natural competitiveness hasn’t wavered since Day 1. He hasn’t forgiven Isiah Thomas and he’ll still call out Gary Payton. Jordan’s basketball hit-list is long enough to wrap around the United Center (twice). And now moved promptly to the top of the list is Bulls owner Jerry Reinsdorf. Presented with an opportunity to clear-up history, he pretty much dropped the ball. Reinsdorf called a possible continuation “suicidal,” and made his case for why the Bulls weren’t built to run it back. Jordan’s response? “It’s maddening. Because I felt like we could’ve won seven. I really believe that. We may not have, but man, just to not be able to try, that’s something that I just can’t accept for whatever reason. I just can’t accept it.” Do I think everyone would have signed one-year contracts like Jordan went on to say? Actually, yeah. If Jordan wants to get the band back together, you can bet your bottom dollar they’ll be playing a concert tomorrow night.

•   As perfect of a storybook ending as Jordan’s game-winner against the Jazz turned out to be, it shouldn’t have been his last shot in a Bulls uniform. Sure, I’m glad it’s the lasting image we have of him, but it’s also hard not to picture one of him holding up seven fingers. For someone as competitive as Jordan, I have to imagine he sees that exact image in his mind every day. Add it to the list of reasons we watched him get so emotional earlier in this documentary. To us, he’s the greatest of all time with an untouchable legacy. To him, he’s the ultimate competitor who didn’t get to finish the game. Damn.

•   For a bigger recap of what Jordan and Reinsdorf said in the final minutes of Episode 10, give ESPN’s latest a read.

•   STEVE KERR IS A NATIONAL TREASURE AND WE MUST PROTECT HIM AT ALL COSTS.

Beautiful job here telling the story of Steve Kerr. The production of this doc is just next level.

•   Heads up, the bad pizza story has been out in the world for several years, and it changes nothing …

•   I honestly can’t believe Jordan at that pizza though. I mean, if every other person in the room was totally sketched out, how could they let him eat it? Also, what the actual hell is wrong with this pizza place? Do they have no moral compass!? I love my team as much as the next guy, but I wouldn’t literally try to poison one of their players … let alone the most famous athlete in the entire world. Anyway, I feel like in a couple of decades some Utah man will be on his death bed and pull his child extra close to say “I … I … I crapped on Michael Jordan’s pizza” *heart monitor flat lines.*

•   WE’RE NOT DONE YET! ESPN is combining a bunch of never before seen footage with an HD version of Game 6 and it’ll air on Wednesday!

•   I made this, and I’m sharing it again so more people see it. #Selfish #SorryNotSorry

•   I feel like we needed a lot more Justin Timberlake (said no one ever).

#TheLastDance roundtable: Who else should have been more featured in the documentary? 🧐

•   While I wait for tomorrow’s Last Dance special on ABC and Wednesday’s Game 6: The Movie, I’ll be watching this stuff:

Here are 9 more MJ videos if you’re sad “The Last Dance” is overhttps://t.co/N7O1nKKUPp

•   By no means would I ever let John Paxson off the hook for what he put this organization through, but (once again) I’ll note he didn’t learn the tricks of the trade from the best management.

•   How long are we going to ask this stupid question?

Who you taking in a showdown of all-time great squads? pic.twitter.com/wY0hUIQNyN