Coby White Is Fueled By Trolls Skip to content 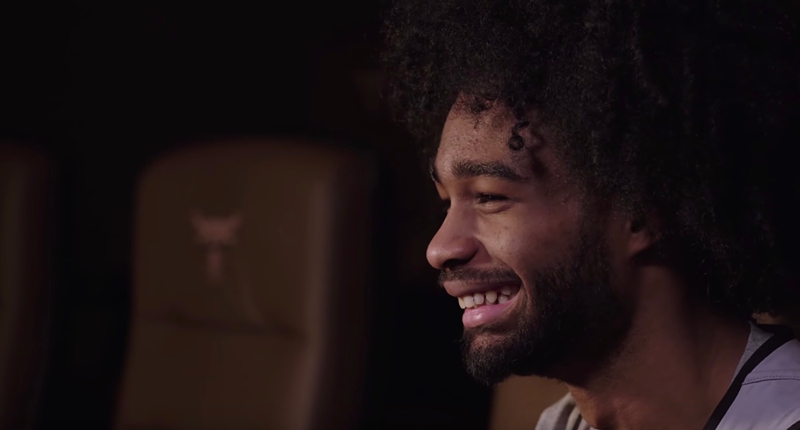 No matter who you are, if you’re anywhere in the public eye, you’re bound to come across a troll or two. Heck it happens to normal people. Social media, for all its good, often becomes a cesspool of negativity, especially for professional athletes.

Even still, I’m always interested to see how athletes deal with these folks. While it’s most popular to block them out entirely, some aren’t afraid to get into a back and forth with a couple of folks (Kevin Durant is a prime example). Some opt for the “kill them with kindness” method, which is a personal favorite of mine that has come in handy in the past, but everyone’s got their game.

In any case, in a conversation with Brandon Scoop B. Robinson sponsored by Zenni, Ryan Arcidiacono and Coby White addressed what they do about the mean folks in their social media feed. Arcidiacono said he pays no attention, barely giving the interwebs and social media an ounce of his time. But when White was asked if he acted the same way, we got this response:

“I used to be, not anymore,” White laughed. “I wanted to see what people were talking about, and I like to see it. Sometimes if it really makes me irritated, I’ll screenshot it, and I just use it as a reminder for what people are saying, the chatter going around. So I usually use it as motivation.”

You hear that, folks? Coby White drinks haterade. He will digest your negative-Nancy comments and sweat them out on the hardwood!

White said he started doing this while at playing college ball. I’m sure several other players around the league do something similar, but I wonder how many will actually take a screenshot to stare at later. Like … does he print them out, put them on the ceiling, and angrily bench press while reading them? I mean, that would be kind of baller.

Anyway, I’m all for whatever it takes to stay motivated! Heck, MJ made up a whole story about LaBradford Smith to tick himself off. Sometimes you just got to do what you got to do (Wait … what if White has a burner account and he’s hate-tweeting himself!?).