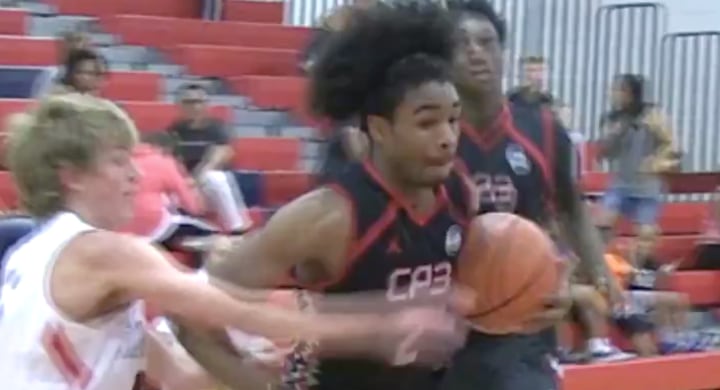 Are you guys able to listen to anything while you work?

I know some folks work with the TV on, which I rarely do. Music can sometimes motivate me to get stuff done, but it really depends on the post. I don’t know, I go through these weird phases, when it comes to background noise, during which I’ll either be super productive or fully distracted. I think it might just depend on what I’m writing/working on (Michael: I’ve also found that writing is easier for me to do with background noise than editing. Just can’t focus on reading when there’s something else going on).

•   The NBA community has gotten its fair share of good news over the last couple of days as the league begins to make substantial progress toward a 2019-20 resumption of play. However, unfortunately, the good vibes came to a brief halt Friday morning, as news broke that NBA Hall of Famer and Chicago Bulls legend Jerry Sloan has passed away.

•   At 78 years old, more than half of Sloan’s life was spent with the NBA. He spent 46-straight seasons between just the Bulls and Jazz organizations as a coach and player, which is pretty freakin’ incredibly to think about. As I wrote in the post above, this guy literally lived and breathed NBA. It’s so hard to find someone who devoted as much time to the game of basketball as Sloan did. His commitment to the league is only one of his many admirable qualities, and I’m sure organizations across the sport will do their part to keep his memory alive.

•   Also, I think it’s pretty damn cool that Sloan – a guy who started playing in 1965 – is a name that nearly everyone who pays even a tiny bit of attention to the NBA has heard before. Of course, I’m a bit biased growing up in the Chicagoland area, but Sloan has been around so long that there’s just something about his name that sounds so familiar. Chances are, even today’s most casual basketball fan will say “oh, I’ve definitely heard that name before” if he’s mentioned. Anyway, I don’t really know where else I’m going with this point, I just think it represents his impact on the NBA.

I loved everything about Jerry Sloan, from the way he played to the way he coached. He was a tenacious competitor who represented the Bulls of the 70s so well. Jerry became one of my favorite coaches when he was on the 1996 Dream Team staff and it was an honor to learn from him. pic.twitter.com/pEhbmiFbzp

•   Whenever anyone talks about Sloan, there seems to be a common trend – his sheer competitiveness. The guy wanted to win, and he played to his strengths.

Jerry Krause scouted Jerry Sloan at Evansville and was with Baltimore when Bullets drafted Sloan. Asked Krause once what his scouting notes said: “I would chart how many fouls he took. He’d get bowled over 10 times a game. He didn’t care.”

•   Sloan was one tough mother[bleeper].

•   What Reinsdorf said earlier today is exactly true, Sloan represented the Chicago brand of basketball. All he did was work his ass off and dedicate himself to his craft; it was impossible not to respect him. For more on Sloan’s fruitful NBA life, I recommend checking out The Athletic’s piece on him.

•   The Last Dance is over, but the conversation it covers will live on forever (or maybe just until we forget about it and actual sports return). ESPN’s Zach Lowe articulates my own thoughts on the end of the Bulls dynasty well in his latest column where he writes: “The management of the 1997-98 Chicago Bulls — beginning and ending with Jerry Reinsdorf, the owner — dishonored that team. The stubbornness of several main characters contributed to Chicago’s breakup, but it’s always on owners to use their hiring and firing authority — and their money — to solve those problems.” The Bulls deserved a chance to lose on their own terms. No matter how many explanations I hear, I’ll never be convinced the route the franchise opted to go was in the best interest of the team. Players and coaches should have been resigned, and if some didn’t want to (i.e. Phil Jackson and Scottie Pippen), that’s still the organization’s fault for making them feel that way. When a team is as competitive year in and year out as the 90s Bulls, the front office should be doing everything it can to satisfy those involved. Jerry Krause and Jerry Reinsdorf didn’t care about that part of the job.

•   NBA all day long sounds great to me! With that said … please don’t bring all 30 teams back. I think it’s pointless and could be counterproductive. K. Thanks.

Told today that if the NBA does resume with all 30 teams at a single-site, game days are likely to look like Summer League. Games would be almost all day long (starting around 12:00 noon ET) until the regular season is complete. Playoffs would follow a more regular schedule.

•   Well, it certainly seems like the NBA has a lot of options.

NBA shoring up its testing protocols, informing teams that it is engaged in conversations with BioReference Laboratories, LabCorp, Quest Diagnostics and Vault Health/RUCDR Infinite Biologics at Rutgers, sources said. Teams asked to create account with each company. https://t.co/s2LoeBn5Mi

•   By the way, if you ever hate on Coby White (and if you do, you have no soul), he’ll be hella motivated.

Coby White Is Fueled by Trollshttps://t.co/cXKHNhe3bj