Basketball Is Likely to Start Back Up This Summer, But Will the Bulls? And Other Bulls Bullets Skip to content 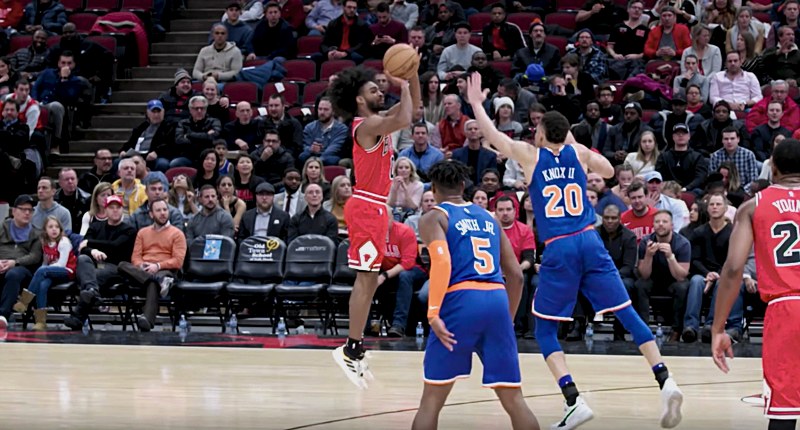 I think I broke a world record this morning for consecutive sneezes in a row. What do I win?

•   I like seeing those words used in that order:

•   With Ramona Shelburne reporting that the NBA is in “exploratory” talks with Disney’s ESPN Wide World of Sports as the specific location to house games, it feels like only a matter of time before we get an official announcement from NBA Commissioner Adam Silver. While we’re still waiting for more concrete updates on testing procedures, arguably the biggest step toward a resumption of play is locking down a safe “bubble” site. Disney can offer a 220-acre plot of land that has three arenas and plenty of workout space. In case you’re not familiar with the space being considered, go to their website and take a closer look.

•   At this point, I might actually be surprised if we don’t see Silver make some kind of announcement regarding a formal return sometime soon. Of course, considering the circumstances, we know anything can happen, but this entire week has been pretty darn encouraging. The timeline to begin workouts in June and start games by mid-July seems to be pretty universally backed within the NBA community. And with practically all of the league’s big-time players eager to get back on the court, the NBA must feel even better about organizing some kind of restart. The Athletic’s Shams Charania said the NBA plans to hold it’s next Board of Governors call on Friday, May 29th … so could this be the day we get a major update?

•   Charania is also reporting that the NBA is surveying general managers (shoutout Marc Eversley!) on what format they believe would work best to restart the season. For a complete explanation of the options on the table, make sure to check out the post:

NBA surveyed GMs on several formats to restart the season:
– 16 teams directly to playoffs
– “Playoffs Plus” (play-in or group stage)
– All 30 teams — or all 30 teams with play-in tournament

•   In short, the NBA is either looking at: (1) a full continuation of the regular season with all 30 teams, (2) a jump right to the playoffs, or (3) an expanded playoffs of sorts that would include a play-in tournament. The real question the league office will have to ask themselves is how many teams do we want to play? In the survey, the GMs can answer a question about how many teams they think should return if they opted for a play-in tournament, with the options being 18, 20, 22, or 24. The Bulls currently sit 24th-overall in the league standings.

•   Anyway, I find it hard to believe we’ll see the Bulls play again this season (which is totally fine by me). I’ve said it from the beginning – I’m all for the straight-to-playoffs approach. Don’t get me wrong, I understand the incentive to get more teams involved, I just don’t know if it’s worth the additional risk and headaches. Plus, in theory, a play-in tournament would be fun, but I’m not sure it would actually change up the standings all that much.

“Also, with little chance to play more than 5 to 7 regular season games, a month of preparation seems like an excessive investment for teams at the bottom of the standings.”

Situation remains fluid with plenty of plans/ideas in play. But Bulls’ season, and others’, in flux.

•   According to Sam Smith, Michael Jordan told his fair share of lies in The Last Dance.

•   I don’t know how I feel about this. On one hand, this makes it easier to understand why several of his former teammates weren’t too happy with how things turned out. On the other hand … it’s Jordan’s freakin’ documentary. And besides, Smith said Jordan still told the “based on a true story” version of history. Maybe it’s just me, but I expected this going in. After all, he was apparently involved in the production from start to finish. Anyway, we still saw a completely new side of Jordan, and some hot topics were covered.

•   THIS IS WHY I’M STILL EXCITED ABOUT LAURI MARKKANEN.