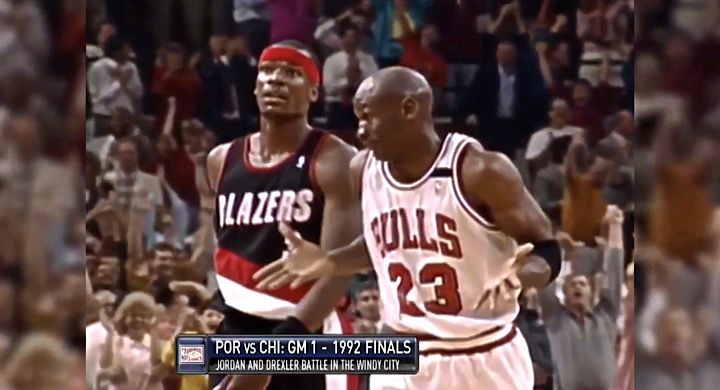 The weather around the Chicagoland area today is dope.

Enjoy the heck out of it … but don’t be dumb!

•   HIRING: Anyone who knows how the hell to manage the upcoming 2020 NBA Draft. Keep an eye out, I think we might start seeing that description pop up across job boards. The entire draft process (like most everything) has been absolutely screwed thanks to the ongoing pandemic. With no sure-fire plans for a combine or any in-person pre-draft workouts, it’s going to be incredibly difficult to properly evaluate the incoming talent. I think it’s safe to assume certain organizations have pretty concrete procedures they like to use throughout this process. If that’s the case, this unsuspected change probably comes as a much bigger headache. However, as the Sun-Times wisely notes, our friends with the Chicago Bulls may not feel the same added frustration.

•   While a new front office means a lot of unknown, it also means a fresh start. This organization doesn’t have any standard protocol they’re used to, and, in theory, that could make it easier to maneuver this difficult time. The key point the Sun-Times mentions though is the diverse experience Arturas Karnisovas will have at his disposal. With several new hire-ups coming off recent stinks with other organizations, the Bulls will be able to bounce a handful of different practices off each other. Sure, none of them have ever dealt with anything quite like this, but perhaps merely a combination of different thought-processes will come in handy. In general, it’s super reassuring to know this organization is going to be led by outside hires.

•   What is this players code? Is it like the bro code? Listen, I understand there are some things that should probably be kept behind closed doors, but I don’t see the problem with Jordan telling the stories he told. Not only did he avoid going into detail on some, but we’re talking about history. At some point, the player code has to loosen some of its restrictions. I mean, heck, I don’t think a father with kids lives his life with one hand on the bro code rules (Brett can confirm or deny that).

•     If any of these players were as big and mystical as Jordan, I think they’d be willing to share similar stories. Not to mention, as Jackie McMullen comments, we’re talking about stuff that took place 20 years ago. Guess what? Stories are going to be different. Not everyone is going to recount things the exact same way. And while Jordan may have exaggerated a bit in some areas, he’s still telling his side of the story. All these other players are more than capable of sharing their own, and if it doesn’t match up … so be it. At the end of the day, I just think all this recent player frustration with The Last Dance is a tad petty. It is what it is.

•    Yahoo Sports’ most recent mock draft has the Bulls selecting Vanderbilt’s Aaron Nesmith with the No. 7 pick. Just sayin’, that is the highest I’ve seen him go, and that worries me.

•    An important thing to keep in mind: The NBA is very familiar with Disney as a host site. For that reason, in my opinion, it always felt like Disney World would be the winner:

The @NBA has a history with Disney's Wide World of Sports Complex in Orlando. It used to be the site of the league's pre-draft camp before it moved to Chicago. That complex also hosts @jrnba World championships. So there's familiarity with the facility.

This 96-97 Jordan game-used Bulls uniform just sold for $288,000 at @GoldinAuctions, a record for a game-used Jordan Bulls uniform. pic.twitter.com/pg5J7ux25s

As another Chicago icon said 25 years ago… “I’m back.” pic.twitter.com/l4wNJOkf0R