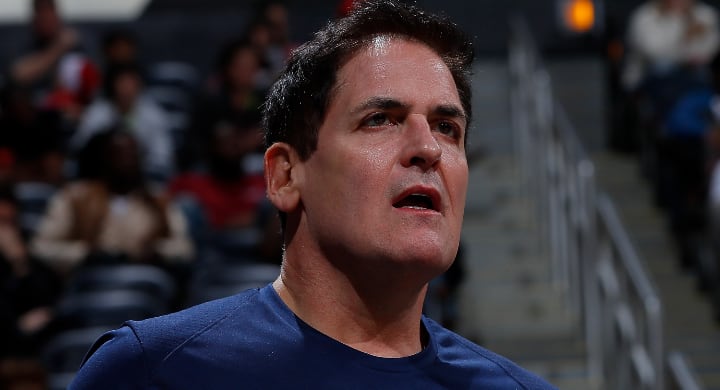 Just when I thought they were out, Mark Cuban pulled them back in.

Although we may know where the NBA intends to restart its season (if and when that does actually happen), no one knows what the league will look like when things resume. All sorts of proposals have been thrown up on the wall, from a pure resumption of play to an immediate jump to the playoffs. But in either of those extreme scenarios, the Chicago Bulls shot at the playoffs would be quite low.

And joke all you want about the talent on the team and their chances about advancing under any circumstances, but in Mark Cuban’s latest proposal to the league, they’d technically have a better shot than they do now:

Mark Cuban’s proposal for the resumption of the NBA season includes all 30 teams and a play-in tournament, he told ESPN. Details: https://t.co/tGYwQ8R4yJ

You can check out the post for the full details, but in short, Cuban’s proposal would take the top-10 teams from each conference and shove them into the postseason, reseeded based on record. Then, there would be two play-in matchups (either single games or best-of-three series) pitting seeds 17 vs. 20 and 18 vs. 19, with the winners advancing to play the 15th and 16th seeds for the final playoff spots.

All of which would happen after 5-7 regular season games.

Under this proposal – which, who knows how likely it actually is – all but the Minnesota Timberwolves and Golden State Warriors would mathematically have a shot at the postseason.

In other words, the Bulls and Jim Boylen could have second life! Whether that’s actually a good thing … I’ll leave up to you. I will say that absent some utterly absurd run to the finals (which, come on … isn’t happening), I don’t think *any* performance during the 2019-2020 season resumption will save Boylen’s job – I think that’s all but decided already – though it could keep him employed for a little while longer.

According to Cuban, that format (1) “throws away the value of the whole season,” and (2) doesn’t include all 30 teams, which is an issue for fulfilling the local television contracts, as discussed earlier.

As it stands, the Bulls are 3.5 games out of a playoff spot, but under Cuban’s proposal, they’re just 1.0 games out.