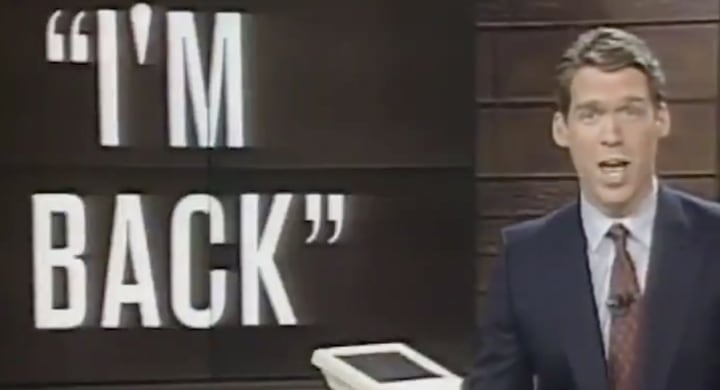 •   I’m going to take a wild guess and say your favorite Chicago Bulls player right now isn’t Tomas Satoransky. And I’m going to take another guess and say, even though he had some great quotes, our post from yesterday isn’t going to change that. I mean no offense to Sato when I say this, but there just isn’t anything particularly sexy about his playstyle (other than when he suddenly jumps out of his shoes for an unexpected slam). While he’s a very solid all-around player, he also isn’t necessarily going to go out there and win his team a game. Instead, he makes few mistakes and simply focuses on filling his role. I like that, but I also understand why it can be hard to appreciate when he’s the starting point guard of a 22-43 team.

•   As we look ahead to next season (whenever that may be), I think our perception of Sato could change quite a bit. I’m not only optimistic he’ll put on a significantly improved performance, but I have to think a move back to the bench will do him some good. While it initially felt right to put him on the floor as the facilitating counterpart to Zach LaVine, it’s hard to say that’s still the case. Satoransky didn’t make enough of a difference while he was out there, and at times lacked any sort of aggressive approach on the offensive side of the ball. If he pivots back to the second unit, we might find the same confident, hard-nosed baller we saw in Washington. Perhaps he’ll feel like he has a greater control of the game, which means he might feel more comfortable attacking the rim. I guess all I’m saying is, with Coby White likely getting his chance to shine as a starter soon, I’ll feel totally fine with a 28-year-old Satoransky as the stabilizing force off the bench … and he should be too.

•   One last Sato note: In that interview with Eurohoops, he said his perception of Zach LaVine before he got to Chicago was “arrogant superstar.” LOL. Don’t worry, he has nothing but love for LaVine now.

•   When I see well-done work, I must share that well-done work. Our friends at NBC Sports Chicago have a cool new thing for your ears. The SportsUncovered Podcast will dive deep into the story behind Michael Jordan’s famous “I’m Back” return. The crew over there interviewed some big names, including Dominique Wilkins and (yes) LeBron James. Make sure to put it in the podcast queue!

•   ESPN’s Zach Lowe has some good thoughts on how we should view this year’s champion (if the NBA ever names one). In my opinion, a ring is still a ring. Unless the league chooses a crazy alternative playoff method where prior seeding is irrelevant and the worse teams get byes … I think we should view the 2019-20 Finals the same as we normally do.

•   ICYMI: Earlier this week audiotape surfaced of Michael Jordan saying he told former Olympic Committee Chairman Rod Thorn he didn’t want Isiah Thomas on the dream team. Guess what? I don’t really care. Several signs point to Jordan not being the only one who didn’t want Thomas on the team. And, as David Robinson recently pointed out on the Bulls Talk Podcast, the Bad Boy Pistons image, in general, was something the Dream Team wanted to avoid.

•   Extend Markkanen or wait to see what happens?

•   I want to make one thing clear: MARKKANEN’S STRUGGLES AREN’T ALL BOYLEN’S FAULT. I think it’s a factor – no doubt about that – but the majority of Markkanen’s troubles fall on his shoulders. His lack of confidence and aggression has been glaring all season, and it’s up to him to find a way to shake off whatever slump he’s going through. My hope is one bad year will be the kick in the ass he needs to tap into his full potential. Fingers crossed.

•   Until the NBA makes an announcement, every single NBA team will have to stay ready in some capacity.

Would you be in favor of the NBA returning with a 24-team playoff? 🤔

Teams like the @ChicagoBulls need to be ready for anything, according to @ShamsCharania. #NBATwitter pic.twitter.com/VGeu3JhOg4

•   Speaking of which, according to K.C. Johnson, the Bulls will reportedly get access to the Advocate Center again this Friday.

•   Unfortunate, but makes sense. Everyone who can be there should be there.

•   If you want to watch LaVine pump some iron …