The NBA Community Speaks Out, Karnisovas Must Set Expectations, Hinrich's Rating, and Other Bulls Bullets
Search
Skip to content 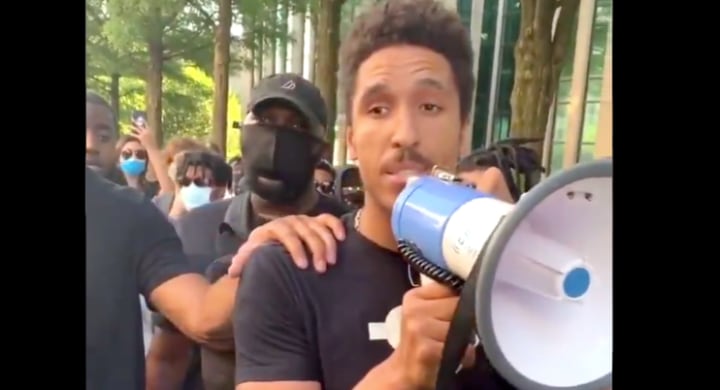 As Brett noted in his bullets this morning, as someone with a platform, I have an obligation to speak out for what I believe in.

However, I don’t think it’s particularly helpful to sit behind a computer and lecture anyone on what it means to stand up and strive for equality. Not only do I hope you already know what that means, but I’m also a proponent of “show don’t tell.” In a lot of ways, that’s exactly happening across the country right now, and the NBA community is playing their part in making sure every black American has their voice heard.

•   Here’s a look at how some of the league’s best and brightest are standing up for what’s right:

Malcolm Brogdon: "I got a grandfather who marched next to Dr. King in the 60's. He was amazing and he would be proud to see us all here."

He added "Jaylen, man, has led this charge. I'm proud of him. We need more leaders." pic.twitter.com/3r3qsojB45

This has been going on for hundreds of years now! And still with little to no change. Got to do better! But how can there be change if the ones with POWER are not willing to listen or do anything about their actions!

What is going on man ? Is it that hard to just do the right thing and love one another. You know how simple and fun this world would be if we just did those 2 things ?

A statement from Nancy & Michael Reinsdorf on behalf of the Chicago Bulls: pic.twitter.com/4PhMOk8u4z

A statement on behalf of @DocRivers and the LA Clippers. pic.twitter.com/OwbLEHFrCL

—Josh Okogie, after the rally in Minneapolis that he, KAT and Stephen Jackson participated in yesterday

•   Sorry for the lack of an eloquent transition … but back to our (somewhat) normally scheduled bullets.

•   The Sun-Times’ season review got me thinking: Arturas Karnisovas and Marc Eversley need to set the appropriate expectations. One of the many failures for the past Bulls regime was the lack of establishing a real rapport between the fan base and the organization. The lack of truthful communication led to even more mistrust, and the playoff proclamation from John Paxson and Jim Boylen at media day was the straw on the camel’s back. I find it hard to believe this organization truly thought playoffs were a real possibility this season, yet they told fans it was to keep their eyes locked on the screen (at least for as long as they kid). I know Karnisovas and Eversley have a lot on their plate, but one of those items must be to regain the fans base’s attention. These two need to keep in mind that our admiration is not deserved … it’s earned.

•   Once everyone can make their way to Chicago and begin to focus on the 2020-21 season, I’m hopeful this will be a clear focus for the organization. I’d love if Karnisovas or Eversley eventually outlined their offseason plans general philosophy moving forward. I don’t expect them to have this figured out just yet, but if they were able to let us know what we should expect over these next couple of years, that would be great. Karnisovas has already said he doesn’t like to use the word “rebuild,” which is a positive. However, do they plan to keep this roster intact? Do they want to be active in the trade market/free agency? How important is the coaching situation to them? Where do they think the roster’s real problems lie? Again, I know these are questions they’re still trying to answer themselves, I just hope once they have the answers, they share them with us.

Captain Kirk had the hustle. pic.twitter.com/sGAc5RIe2l

•   I have some friends that weren’t the biggest fans, but, for the most part, I feel like Bulls fans have the proper respect for Hinrich. He may not have been the most flashy guy, but he played with one heck of a motor and didn’t take crap from anyone. Teams oftentimes need a player like that.

•   Anyway, that’ll be a wrap for today. For more weekend tidbits, make sure to check out yesterday’s jam-packed bullets.